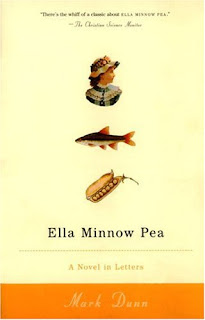 I have been a bad blogger lately, and for this, I apologize.  My only excuse is that I am in the middle of packing and moving, and have not had the energy to read, write, or post.  (Keep in mind that since my husband joined the military, we have moved to six different cities in 15 years, plus three in-town moves.)  This move is particularly hellish, since it is in town and we are mostly doing it ourselves. This could prove to be a huge mistake, but I'm only moving three miles.

Anyhoo, the only upside to this is that we have unearthed a few treasures!  The other day my husband found a box of books which has been missing since the last move almost two years ago!!!!  When I  hadn't found them since the last move in 2008 I started a list of the titles I couldn't find -- about 14 books.  Actual number of books in the box:  forty-four.  Yikes!!!  Thirty books I had completely forgotten about.  How embarassing.

In my defense, only about half of the books are unread.  Some of them are definitely going to the Friends of the Library book sale (which is actually where I got several of them in the first place!)  Here are some highlights of my newly found loot: 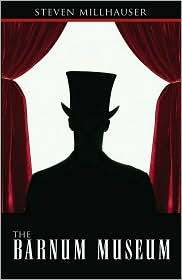 Still missing:  The Diary of a Nobody by George and Weedon Grossmith.  Of course, my library does not own a copy.  Maybe it will turn up if I finally unpack every single box.  Riiiiiight.

And sadly, moving means I am losing about 35 linear feet of built-in bookshelves!  Tragic!  I guess I'll just have to stop buying books and purchase bookshelves instead.

A couple of years ago I read Curtis Sittenfeld's Prep, a popular choice for book discussion groups.  I thought it was interesting and well-written, but ultimately I didn't care for it much because I really disliked the main character.  In Sittenfeld's latest novel, American Wife, the protagonist, Alice Blackwell, is much likeable, as she's based on Laura Bush (instead of a self-absorbed high school student).  I really enjoyed this book -- not only was the character for interesting and nuanced, but I found her so realistic.  Even though the book is more than 500 pages, I found it an absorbing and quick read (which is fortunate since it's my library's most recent book club selection, and we'll be discussing this week.)

This book intrigued me -- I know it's a fictionalized account of Laura Bush's life, but I've always liked her.  (The fact that she is also a librarian and voracious reader like myself might have something to do with this.)  I know next to nothing about the Bushes, though I've been a resident of both Texas and Florida, two states with strong connections to the Bush family.  However, the primary setting of the book is relocated to Wisconsin; coincidentally, I've spent a lot of time there too -- my husband spent four years in graduate school in Milwaukee before we were married, so I have fond memories of it.  Plus I was raised in the Midwest; though I don't miss the horrific winters, it's beautiful and I do love the change of seasons.  I don't know if Ms. Sittenfeld is a Midwesterner at heart, but she really captured the essence of the region in this paragraph:

. . . to think of Wisconsin specifically or the Midwest as a whole as anything other than beautiful is to ignore the extraordinary power of the land.  The lushness of the grass and trees in August, the roll of the hills (far less of the Midwest is flat than outsiders seem to imagine), that rich smell of soil, the evening sunlight over a field of wheat, or the crickets chirping at dusk on a residential street:  All of it, it has always made me feel at peace.  There is room to breathe, there is a realness of place.  The season are extreme, but they pass and return, pass and return, and the world seems far steadier than it does from the vantage point of a coastal city.

American Wife has a great premise -- marriage to an up-and-coming politician, despite a vast difference in political views.  Basically, our heroine Alice is a closet Democrat who falls in love with a spoiled, wild rich boy who's indulged by his family.  The book is divided into sections named for addresses, all places where Alice lived at pivotal moments in her life: her childhood home, her apartment after college, addresses after marriage, and finally, (no surprise) The White House.  It pretty much skips the section when she's First Lady of Wisconsin, but it's referred to in the final section.

One of the things I really liked is the great insights -- first of all, what would it be like to marry into an enormous country-club type family? It's completely foreign to me.  Also I found the final section of the book, in which Alice is now the First Lady, absolutely fascinating.  Of course I have no way of knowing how accurate the portrayal is, but I've always been horrified at the thought of being famous.  The book details how choreographed the First Lady's life must be, how awful it would be to live under that media spotlight, of having your whole life analyzed and criticized, and the lies and the gossip and the rumors.  No thanks.

I still admire Laura Bush, and this book has given me a lot to think about.  I'm sure we're going to have a great discussion.  I'd recommend it for book groups or for anyone who enjoys contemporary fiction about relationships or politics.
Posted by Karen K. at 9:26 PM 2 comments: