The Feast by Margaret Kennedy

So, how is everyone's summer reading going? Anyone in the mood for a beach read that turns out to be full of death and destruction? The Feast by Margaret Kennedy was reprinted last summer and WOW. I put it on my Christmas list last year and saved it to read until this summer. If you're looking for a summer read that packs a real punch, this is it.
Published in 1949, this is basically a morality tale that tells you upfront that people are going to die -- this is NOT a spoiler, it's the setup. The book begins a prologue: the annual meeting of two friends, a minister in Cornwall and his summer visitor (they're hardly in the book, so their names are not really important). They normally begin the visit with an evening of chess, but the host needs to put off their game in order to finish a sermon for the following day -- a eulogy for a group of people who tragically perished when a cliff collapses on top of a summer resort, leaving nothing but a massive pile of rubble.
However, we do know that there were some survivors among the resort's guests -- but who?

The book then jumps back seven days and describes the final week of the resort and its inhabitants. Set in 1947, the Siddal family are struggling to make ends meet in their ancestral home on the Cornish coast and have converted it to a boarding house, not so much a hotel. Mrs. Siddal is trying to make a go of it but her husband has mentally checked out and doesn't lift a finger, hiding in a room under the stairs. Her three grown sons help but are ready to leave the nest. There are also some servants including Miss Ellis, a snobbish, gossipy housekeeper and Nancibel, the loyal housemaid. Then there are the guests, including two families, the wealthy Gifford family with four children; the Coves, with three; an unhappy couple, the Paleys, who are grieving for their dead daughter; plus an obnoxious clergyman, his put-upon daughter Evangeline; and a late arrival, a bestselling author and her chauffeur. It's almost like an Agatha Christie novel, but instead of a murder, it's a natural disaster, and the reader has to work out who will live and who will die.

This book took a bit for me to get into, but after the first few pages, I was hooked. It's divided up by the seven days of the final week for the resort, and each has many short sections (too short to really call chapters) covering the many characters in the book. And there are a LOT of characters, more than twenty. Some of the children are really minor characters, but it didn't take long to keep everyone straight. They're mostly really well developed and the plot got me completely engrossed, so I was able to speed through it quickly -- it's more than 400 pages long, and the last day I read almost the last hundred pages in a single sitting. It is THAT GOOD.
Towards the end I began to have a terrible sense of foreboding -- of course the reader already knows that disaster is looming but there is a lot of foreshadowing. I absolutely had favorite characters and I was dreading the end because I'm always worried if someone I like will be killed off. If you want hints about the plot and the outcome, feel free to read the introduction which gives some very strong hints. I have given up reading introductions because of spoilers so I was blown away by the ending. I am glad that I did go back and read it because there was some subtext that I had definitely missed.

This is an absolutely brilliant book and I know it will be one of my top reads of the summer, if not the entire year. I've only read one other book by Margaret Kennedy, Troy Chimneys, which is also good but very different from this one. Several of her other books are still in print including her other most famous book, The Constant Nymph, which I also own and will definitely move up on the to-read pile.

I'm counting this as my Classic Set In A Place You'd Like To Visit for the Back to the Classics Challenge. It's also the first read for my Big Book Summer Reading Challenge.

A Pin To See the Peepshow by F. Tennyson Jesse 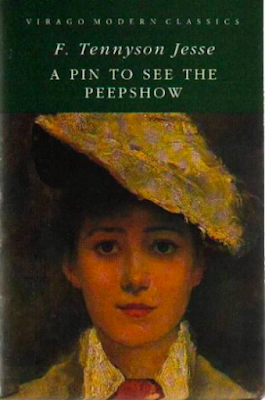 In the history of the world it is only we -- we who are young now -- who are really going to know about life.

I bought this Virago Modern Classic more than five years ago, after Simon and Rachel discussed it in the wonderful podcast Tea or Books? I was going to say "I can't believe I've waited so long to read this" but who am I kidding? I have more than 150 unread books and the pile never seems to grow any smaller. But I recently joined a Goodreads book group that discusses middlebrow books and it was their June pick! (The group has also caused me to buy more books, so I don't know if it's really a win. I'm really enjoying the books though).

It took me awhile to get started, but I zoomed through this book in only three days -- pretty good since it's just over 400 pages. It's one of several books inspired by the Thompson/Bywaters murder trial in the 1920s. I knew nothing about the case other than what I'd heard on the podcast several years ago, and I remembered none of it -- I couldn't even recall who the murder victim was though I had my suspicions.

I really liked this book but I was surprised at how long it took to get to the actual crime, more than 300 pages. It's really a character study of a young lower-class woman growing up in the Edwardian/WWI period. The protagonist is renamed Julia Almond and the story begins when she's off to school, aged about 16. As one of the upper-level pupils, she's tasked one day with briefly overseeing some younger students, one of whom has a tiny peepshow, a sort of mini-diorama you peer into through a tiny hole. This peepshow acts as a metaphor for Julia's life -- over the next ten years she's observing what she wants and will never have, due to circumstances beyond her control.

Julia soon leaves school and studies fashion drawing and French, which leads her to a minor job at a fashion house in London. She's a quick study is working her way up in the business when the Great War begins. People are spending money like there's no tomorrow (and for some, there won't be) and she makes fashionable friends and hopes for a better, more exciting life.

However, her father dies suddenly leaving Julia and her mother without enough to live on, and they are forced to combine households with her uncle and his family, including a younger cousin Elsa. It's tight quarters and they're obliged to share a room, which overwhelms Julia, and she makes the rash decision to marry an older friend of her father's, Herbert Starling, just to get out of the house. Having had a taste of independence, Julia isn't satisfied as the compliant little wife by the hearth that Herbert has envisioned, and the marriage is doomed from the start. Julia isn't a particularly likable character, but I absolutely sympathized with her frustration and lack of choices for women in the time period, particularly middle-class women who were judged by a much higher standard than lower or upper-class women of that era.  A Pin To See the Peepshow was published in 1934, about twelve years after the murder, and I wonder if it was quite shocking for its time as it covers some topics that are still pretty divisive today.

This book is very character-driven and Jesse takes a long time on developing Julia. Most of the other characters are also well drawn. The murder portion of the book is really only the last 100 pages or so and did feel a bit rushed in parts. The author does spend a good bit of time on Julia's thoughts during and after her trial, and thankfully leaves out a scene at the end which is probably best left to the imagination. My Virago edition also includes an excellent epilogue by the writer who adapted it as a 1973 mini series. (There's also a new British Library Women Writers edition which includes an introduction by Simon!) I was hoping someone had uploaded it to YouTube or other streaming service but I haven't been able to find it. It starred Francesca Annis who I can perfectly imagine as Julia.

This is book #7 for the TBR Pile Challenge. 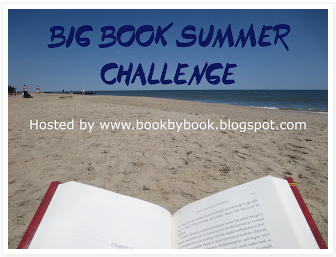 Time for another Big Book Summer Reading Challenge hosted by Suzan at Book by Book! Alas, I still have too many unread books. Let's see if I can shrink the pile just a little this summer. Here is my stack of hopeful reads: 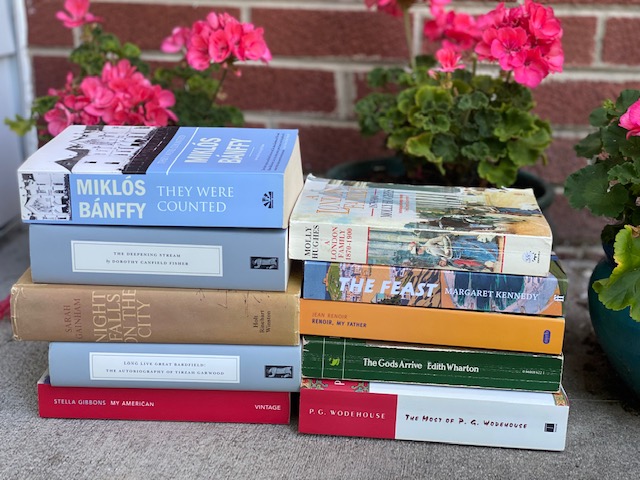 Nearly all of them count for other challenges -- Back to the Classics, the TBR Pile Challenge, and the European Reading Challenge. I'm cheating a little this year by choosing mostly fiction which are normally much quicker than nonfiction. I do love a great big fat biography but since I'm so far behind this year I'm going for more novels instead; only three of this list are nonfiction and one volume is (mostly) short stories.  I'm hoping that most of them are fast reads. I know I won't finish them all but we can dream, right?
Which one should I read first -- and are there any I should just donate to my Little Free Library? Please let me know in the comments! And what's on your list for the Big Book Summer Reading Challenge?
Posted by Karen K. at 9:15 AM 7 comments: