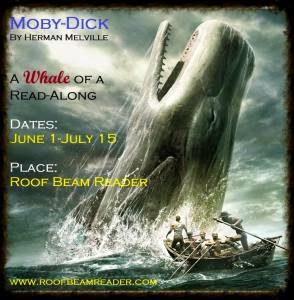 So, I'm up to Chapter 90 of Moby-Dick.  I really did mean to finish by July 15, but I'm pretty certain that's not going to happen.  I have made some real progress, and I hope to finish it in the next couple of weeks.

I'm very glad that this book is all in short chapters, because I don't know how much I could sit down and read straight through.  In all honestly, if I didn't have the audiobook in the car, I don't know if I would have gotten this far.

There's really not that much narrative at this point -- Ishmael and the boys are on the hunt, and there are far, far more asides than actual plot.  I understand this is probably ground-breaking and experimental, but I'm beginning to understand why this is a book that people either really love or really hate.  There's still not so much character development -- I understand that Ahab is on a quest for revenge against the white whale, but other than that, not much insight into his character, or Ishmael either.  He seems more like an omniscient more than anything else at this point.  Well, there are still about 45 chapter to go, so I suppose that part is upcoming.

What I'm really learning about so far is whales -- the differences between the different types, their anatomy, habits, you name it.  Ishmael (or Melville, I suppose) seems in awe of whales, almost reverent about them -- it's sort of shocking how much he seems to admire them, yet in the very next chapter, or even the next paragraph, will then go on describe how they're going to kill these magnificent creatures.  I'm learning much, much more about the butchering of whales than I would like.  So far, when it comes to Man vs. Whales, I'm firmly on Team Whale.  I'm not a vegetarian, I do eat all kinds of meat, but there's no way I could bring myself to ever eat whale, especially after reading this book.  Maybe I should start on a krill diet. 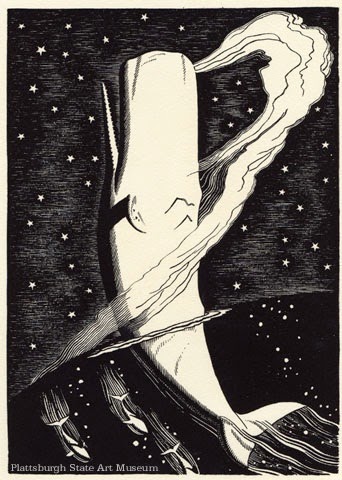 That being said, the writing is mostly excellent, but I'm finding the story kind of uneven overall -- some chapters are fascinating and others just bore me to tears.  Frank Muller's narration really does enhance the story.  I'm down to the last five discs, so I should finally finish it up in the next week or so.

Is anyone else still working on Moby-Dick?  How are you enjoying it? 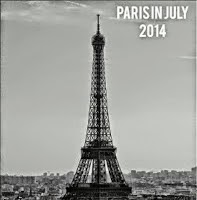 Happy Bastille Day!!!  I haven't been reading nearly as much French literature this month as I wanted, but the other day I was lucky enough to have a wonderful meal at a French bistro in town.  Here are some of the highlights of the meal: 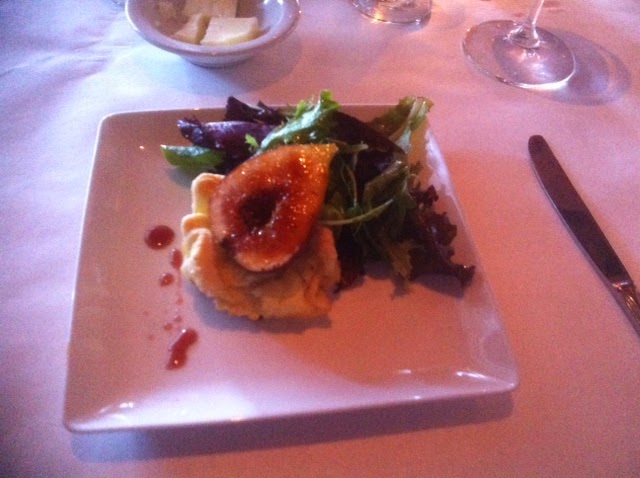 This was my first course, a warm goat cheese tart in puff pastry, topped with a caramelized fig.  It was my favorite part of the entire meal. 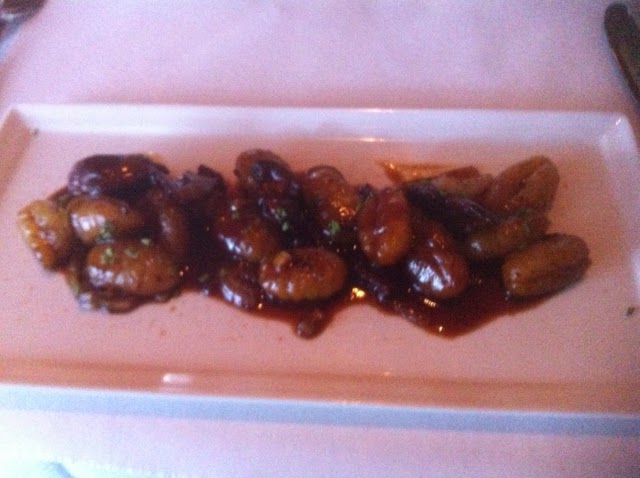 This was my husband's appetizer, gnocchi with sauteed foie gras.  It was amazing, but I was polite and didn't steal all of it from his plate.  I think I showed great restraint. 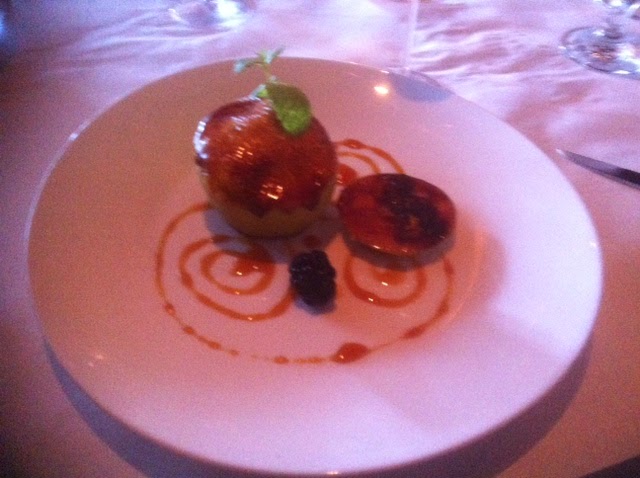 This was my dessert, a poached apple filled with creme brulee.  It was excellent.

Has anyone else been cooking or eating French food today?  Bon appetite!! 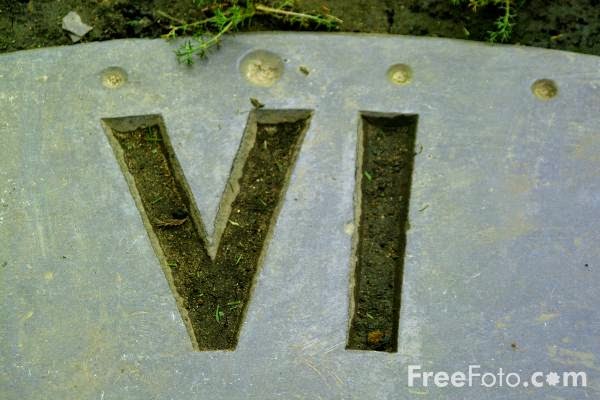 I found this great meme created by The Book Jotter (via Helen's blog, She Reads Novels).  The idea is to look back at the books you've read in the first six months of the year.  Book Jotter created a lot of great categories.  I've tried to choose different books for each category, though some of my authors repeat.  I've read some great books so far this year, and I'm definitely starting to see which books will make my favorites for the year.

Six Books From Authors I Know Will Never Let Me Down:

Six From the Non-Fiction Shelf:

Six Authors I Look Forward to Reading More Of:

Six Authors I Read Last Year, But Not So Far This Year:

Bloggers, how were your first six months of reading this year?
Posted by Karen K. at 3:14 PM 8 comments: 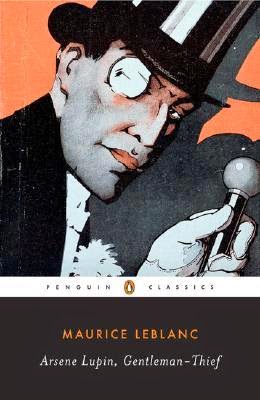 What is it about mysteries that makes them such perfect summertime reading?  I was looking for a fun, quick read for the holiday weekend, and I put Arsene Lupin, Gentleman-Thief into my carryon bag.  I could not have chosen a better book -- short stories are perfect vacation reads, especially when traveling (since one is so often interrupted by those pesky airport and in-flight announcements); also, this book had the added advantage of being on the TBR shelf and a book translated from French, so I can use it for the Paris in July event.

So.  Arsene Lupin is a dashing, debonair gentleman thief -- he steals from the rich (but doesn't give to the poor); first published in 1907, he's a bit like the French version of Sherlock Holmes -- but if Sherlock were the criminal mastermind, instead of the detective.

Arsene Lupin himself is a mix of James Bond, Robin Hood, and Hercule Poirot.  He's suave and sophisticated, the ladies all swoon over him, and he's so brilliant that he always outsmarts the police, especially his nemesis, the detective Ganimard.

This edition includes thirteen short stories, all of which were delightful, if not always strictly believable.  Lupin is a brilliant master of disguise, despite the fact that his photograph is published in newspapers, he's able to fool even the police; he always manages to escape the worst situations; and he's so brilliant he can steal the unstealable, and break into any building, no matter how impenetrable and well-guarded.  He can also solve the crimes of other perpetrators.  In short, he's rather over the top, but the stories are light-hearted and full of witty banter, so it's hard to take them too seriously and judge them too harshly. They're a really fun alternative to Sherlock Holmes, plus they're French, so what is not to like?
Posted by Karen K. at 11:18 PM 8 comments: 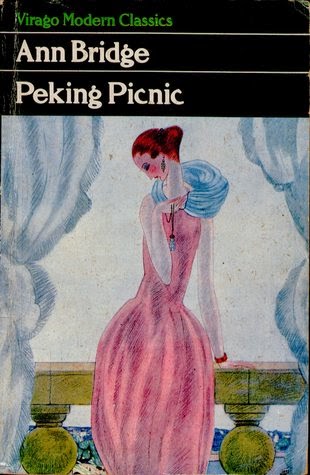 I chose Peking Picnic by Ann Bridge as one of my TBR Pile Challenge books this year because I'd bought a Capuchin Classics edition (pictured below) for next to nothing when Borders closed up a few years ago.  Some of the members of my online book group had raved about Illyrian Spring, one of Bridge's later works, which I read and enjoyed very much. I was really looking forward to this one.  However, this turned out to be another one of those books in which not much happens.

Ostensibly, it's a story set around 1930, about a bunch of European diplomats and hangers-on who take a weekend excursion from Peking (now known as Beijing) to a temple several miles away.  Though it's entitled Peking Picnic, it's not at all how I've ever had a picnic --  that is, sitting on a blanket on the ground and eating from a basket, fighting off ants and wasps, then packing it all up and going home the same day.  No, these people bring camp beds (what are these anyway?) and good china, loaded up on a bunch of donkeys by a bunch of servants who then serve them multiple fancy courses.  I suppose it's closer to what we would call camping for rich people also known as glamping.  I myself have never been on a picnic with multiple courses, such as the "broiled crayfish with Hollandaise. . . . grilled chicken a l'Americain (with Russian salad); and . . . macedoine of fruit with cream mousse, followed by coffee and liqueurs."  I suppose it's closer to camping Downton Abbey style, if all the characters were diplomats stationed in China.

Anyway, there's really not a lot of action or plot in the book.  The main character is Laura Leroy, wife of one of the diplomats stationed in Peking.  One of her friends organizes a weekend excursion, which may or may not be cancelled because of a possible military coup.  Included in the party are her two nieces who are visiting from England, various young diplomats who may be falling in love with said nieces, and various wives and people from the diplomatic corps.  Basically, Mrs. Leroy does a lot of thinking and making sage pronouncements with people who are falling in and out of love.

For three quarters of the book, hardly anything happens, though the writing is mostly beautiful. Here's a description of a temple the party visits:

The whole temple is full of the light gentle voice of water; the formality of stone and shrine and symbol is made gay with its shining freedom, brought in, like the blossoming tree, to worship within the holy places.  The Chinese do deeply love and honor the things of nature -- air, water, flowers and trees -- more deeply than almost any other people. 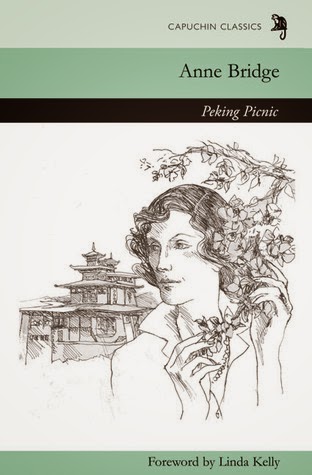 Ann Bridge really captures the sense of place.  I've actually been to Beijing, and though it was about eighty years after the book is set, I can still get a glimpse of what it must have been like back in the 1920s and 1930s.

Eventually, the party does come into conflict with Chinese bandits who are associated with one of the warlords who might be planning some kind of takeover -- the same warlords who initially put a damper on the excursion, to the chagrin of the hostess.  From this point, there's a lot happening in the story, though it does take more than 200 pages to get there.

This book does give some insight to the viewpoint of British colonials of the period, who were unbelievably racist, and according to this book, completely obtuse.  If the biggest problem they have is that fighting warlords might interrupt your party plans, there's something a little bit wrong here.  I mostly liked the book, despite the slow pace, though I was really put off by the racism exhibited by the British regarding the Chinese and other Asian races -- there are a couple of condescending cracks about Filipinos as well.  So -- overall, a fairly interesting though slow read, and I've now finished seven of the twelve books on my TBR Pile Challenge, so I'm on track.
Posted by Karen K. at 8:48 AM 1 comment:

Back to the Classics Giveaway Winner 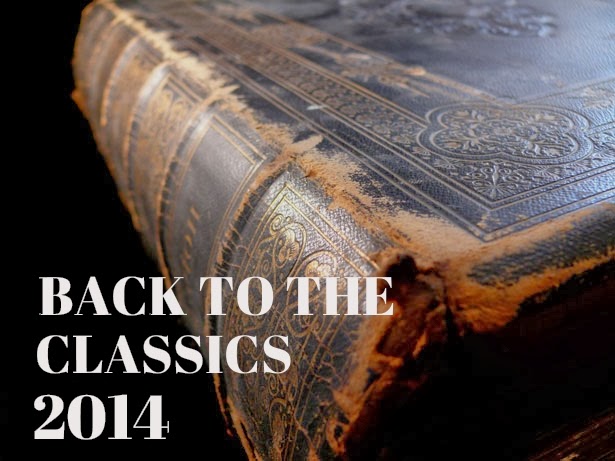 And the winner of my Back to the Classics Mid-Year Giveaway is. . . .

She's won her choice of Penguin Clothbound Classics (up to $20).  Congratulations!!  Ruthiella, please send contact me no later than July 7 so I can make arrangements to send you your prize!
Posted by Karen K. at 9:25 AM 3 comments: