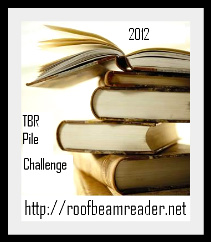 I'm a complete pushover for a good challenge, especially when it involves reading books I already own.  The other day I found another one that fits the bill perfectly for next year.  It's another TBR challenge, but with a twist:  participants must read at least twelve books off their TBR shelves, but every book must have been on the shelf for at least one year.  That is a real challenge!  It's hosted by Roof Beam Reader, a blog that's new to me, but I'm very glad I found it.  You can find the details of the challenge here.

Now, nearly all the books I purchased last year were more than a year old, but now I'll have to think carefully and choose books that I didn't acquire in 2012 -- tough, considering how many I got at book sales and the Borders liquidation (sniff, sniff).  However, I think I can manage twelve books in twelve months, and some of them will also qualify for my Classics Challenge (or is that cheating?)

Here are some ideas from a quick scan of my shelves, in no particular order: 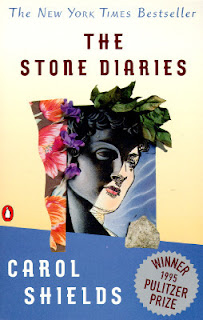 The Stone Diaries by Carol Shields -- this is an easy one; I'm starting a book group at my library branch and I deliberately chose this one for our February read.  Maybe I should take the entire years' reading list from my TBR shelves?  Completed 2/14/2012


A Bell for Adano by John Hersey -- I'm embarrassed to admit how long I've owned this book.  It's a Pulitzer Prize winner so I would feel guilty about giving it away unread.  Completed 8/17/2012

The Song of the Lark by Willa Cather -- the Cather novel that has been owned-and-unread the longest.  Completed 8/27/2012


The Power of One by Bryce Courtenay -- This came highly recommended by a book lover in one of my Florida book groups a few years ago.  I was hoping to read it with a library group but there aren't enough copies in our system.  Completed 1/21/2012 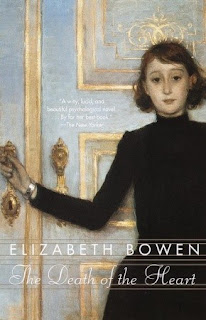 The Death of the Heart by Elizabeth Bowen -- I bought this about five years ago when I started on my quest to read all the Modern Library 100 Best Novels (I'm still stuck at about 46/100).  I keep forgetting about this book but Book Snob, (one of my favorite bloggers) included Bowen's To the North as her favorite read of 2011 so I'm intrigued.  Completed 10/18/2012


The French Lieutenant's Woman by John Fowles -- I had to include at least one neo-Victorian! And it's on the Radcliffe Top 100 List.  Completed 7/1/2012

The Fountain Overflows by Rebecca West -- I have a big stack of NYRB classics that I haven't read, and I've heard so many great things about this book.  Nicola at Vintage Reads raved about it this summer and there were so many great comments about it.  I haven't forgotten it but I really do want to get to it this year.  Completed 4/3/2012

Mrs. Craddock by W. Somerset Maugham -- another book I bought based on one of Amanda's raves.  We both love Maugham and we're going to read Of Human Bondage together this year for our real-life Classics book group, which should be great.  Of Human Bondage was one of the very first classics I ever read for pleasure, so I'll probably be eager to read more of his works this year.  Plus it's quite short so it should be a quick read after OHB which is kind of a doorstop.  Completed 1/28/2012

Delta Wedding by Eudora Welty -- another of my suggestions for my IRL book group.  I try to choose books off my TBR list since it forces me to read them.  Completed 5/11/2012 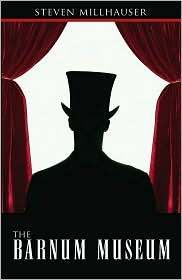 The Barnum Museum by Steven Milhauser -- I bought this back in 2006 after watching the excellent movie, The Illusionist, which is based on one of the short stories in this volume.  I still haven't read any of the other stories in this collection, but my good friend Amanda over at Ramblings tells me that the first story, "A Game of Clue" is one of her all-time favorites, so she's inspired me to add it to the list.


Saplings by Noel Streatfeild -- I had to include at least one Persephone; it's the last of the Persephone classics (the ones available in the U.S.) that I haven't read yet.  And I've never read anything by Streatfeild, even though she's the beloved author of Ballet Shoes.  Completed 11/11/2012 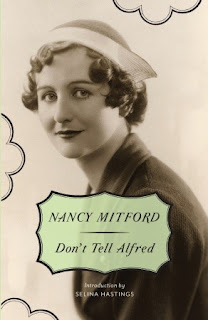 Don't Tell Alfred by Nancy Mitford -- I received several of these lovely Vintage editions for Christmas last year, but haven't opened any of them!  Might be a good alternate to the weightier reads. Completed 10/27/2012