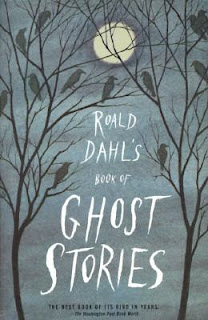 Lately, I have been completely obsessed by short stories.  I can't explain it (and I hope it doesn't mean that my attention span is getting even shorter in this day and age of instant information).  Basically it started shortly before The Classics Circuit tour of Edith Wharton.  I couldn't decide which of her books to read and whilst perusing my library's catalog, I found that their collection included a delightful CD version of four of Wharton's short stories from Selected Shorts, the excellent NPR radio program.  By far, my favorite was Christina Pickles' brilliant reading of Xingu.  (You wouldn't think it, but Wharton's ironic streak is sometimes hilarious.  She completely knocks the stuffing out of society matrons in this story.) Roman Fever is pretty wonderful too.

But I digress. Because of my obsession with Wharton, I discovered Roald Dahl's Book of Ghost Stories, as it includes a one of her short stories -- yes, Edith Wharton, the queen of New York society novels, also wrote ghost stories.  Good ones.  Some of them are included in her collections, but they're also available in a single volume, which is worth looking for.


Roald Dahl is himself one of my favorite short story writers.  If you have only read his delightful children's books, please go directly to your bookstore or library, or start googling the shorts and READ THEM NOW, because they're brilliant.  He has a marvelously wicked sense of humor, and most of his stories end with jaw-dropping plot twists.  He personally selected this collection, after an ill-fated attempt in the 1960s to create a weekly television anthology of ghost stories (rather like the Twilight Zone).  Dahl researched and read hundreds of ghost stories in preparation, and apparently, most of them were lousy.  He found 24 that were worth filming for the series, and fourteen of those are included in this anthology.
The stories range in time period over 100 years, from The Ghost of a Hand, a classic by the gothic writer J. Sherdian Le Fanu, to the 1950s and 1960s.  All of the stories except one seem to be British -- a Danish story called Elias and the Draug, which is my least favorite of the collection.  Dahl himself admits in the introduction that it's much scarier in the original Danish, but since I'm limited to English I'll have to take his word for it.  My favorite was Harry by Rosemary Timperley, in which a woman begins to fear that her adopted daughter's imaginary playmate isn't so imaginary.  It still makes me shiver a little when I think about it.  Edith Wharton's Afterward is also good, though it starts off a little slowly (typical of Wharton) but the payoff is excellent.  And the final story, The Upper Berth, would make me think twice about crossing the Atlantic by ship if I actually had the means to do so.  The collection also includes tales by British writers E. F. Benson, who wrote the Mapp & Lucia series (still on my to-read list) and L. P. Hartley.

Roald Dahl didn't write any of the stories in the anthology.  Though his work is sometimes macabre, his short works aren't actually ghost stories.  Howeve, he did write the introduction, which is great -- he writes about the nature of ghost stories, female writers versus male (lots of great ghost stories by women, surprisingly), and about the writing of children's fiction.  It's worth reading or even buying the book just for the introduction. 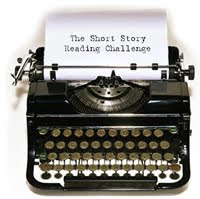 And now that I'm all into the short stories, I've decided to sign up for a challenge -- one that I may actually be able to achieve! Yes! It's The Short Story Challenge.  I'm going to try and read at least five short story collections this year -- I don't think I'll count Dahl's collection, since I read it before I signed up (that smacks of cheating) -- but there are lots of other authors I haven't read with great short works.  On my to-read bookshelf I've already got collections by Chekhov, Hemingway, Garcia Marquez (which is turning brown since I've owned it so long) and Haruki Murakami.  Here are some of my favorite short stories, in no particular order.  I've added links when available if you can't wait and want to read them immediately.
I'm always looking for suggestions -- any favorites in the blogosphere? Please let me know in the comments section.