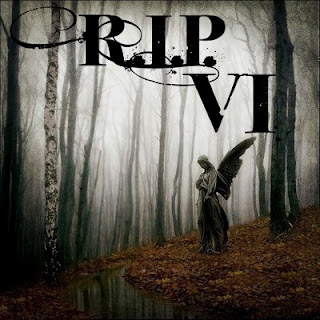 Even though the temperatures are still in the triple-digits here in Texas, it's starting to feel like fall -- and it's time for the RIP Challenge!  Last year I only managed to squeeze in a couple, but I'm really hoping to tackle some more this time around.  I've signed up for Peril the First, which means I'll be reading four books.  I have a nice stack of novels just begging to be read: 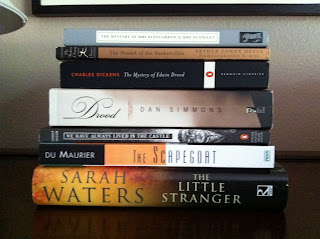 From top to bottom:

The Mystery of Mrs. Blencarrow by Margaret Oliphant

And I have this nice stack of short story volumes that would fit the challenge nicely: 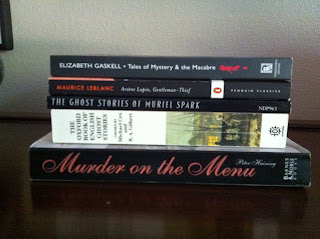 Tales of Mystery and the Macabre by Elizabeth Gaskell
Arsene Lupin, Gentleman Thief by Maurice LeBlanc
The Ghost Stories of Muriel Spark
The Oxford Book of English Ghost Stories by R. A. Gilbert, editor
Murder on the Menu by Peter Haining

Plus I still have some library books I have on hold already, including The Haunted Bookshop by Christopher Morely;  The Castle of Otranto by Horace Walpole; and Lady Audley's Secret by Mary Elizabeth Braddon!!   Any winners or losers in the bunch?  If I get half of these finished, I'll be happy.

Bloggers, what are you reading for RIP?
Posted by Karen K. at 4:17 PM