A Visit to Antwerp, Belgium 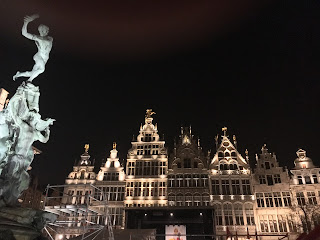 Last weekend the whole family had an extra day off. We decided to take advantage of it (and my international driver's license) and take a little road trip to Antwerp. We chose Belgium because we wanted to visit a new country and it was only a four-hour drive away. It would be too far for a day trip, but it's a fairly small city so there was just enough to see in two nights without being overwhelmed by choices.

The photo above is the Grote Markt Square at night. You can see the beautiful baroque architecture of the guildhalls and the statue of Brabo on the left. It's really beautiful and it was only a short walk from our hotel. 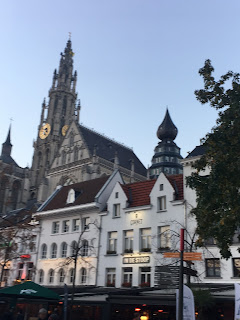 Our hotel was in the center of the oldest part of town, on the Grote Plaats. That's the Cathedral of Our Lady, which dates from the 1300s. 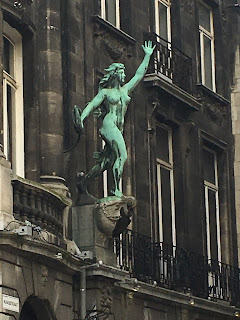 There are beautiful sculptural details on the buildings everywhere in the old town. 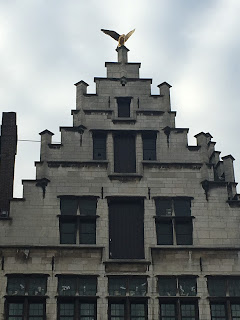 A lot of the old buildings have these little stair-step facades. I don't know what they're called but they have them in Germany and the Netherlands also. Some of the buildings also had gilded statues on top as well. 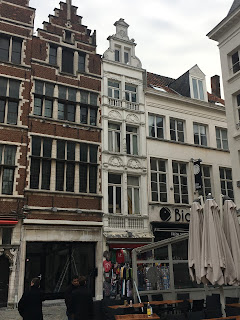 Some of the buildings are incredibly narrow, like the white one in the middle here, also in Grote Platz. There are also lots of tiny narrow alleys and winding side streets which reminded me a little bit of Venice, but without the canals. 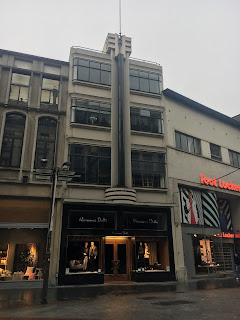 This building is much newer and it has a really beautiful art deco facade. 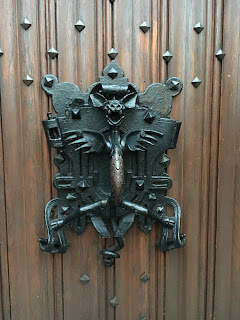 I loved this door knocker that looks like a little dragon. This was right on the main square. 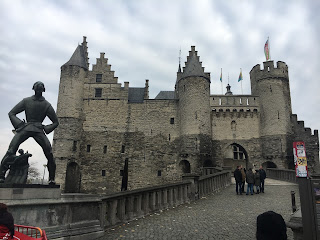 The Het Steen, the old city fortress on the waterfront and the oldest building in Antwerp. That's a statue of the giant Lange Wapper in the foreground, lower left. 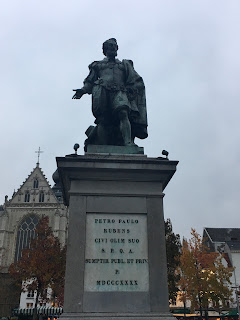 There are lots of statues all over Antwerp. Here's one of the city's most famous resident, the artist Pieter Paul Rubens who lived and worked in there in the early 1600s and was a very successful artist  His house is beautifully preserved, right in the middle of the city. I'm not a huge fan of that art period but it was very interesting to see the historical context. The house also has art by Rubens and his contemporaries, including his student Jan Van Eyck who also became very famous. 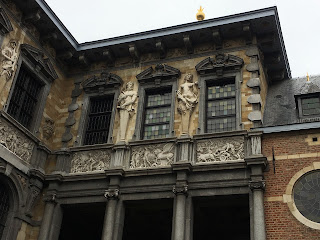 You can visit Ruben's house though I didn't take any photos inside (too much artwork, I was afraid to ask). There's a beautiful garden courtyard in back which is probably stunning in the spring. I took this photo of the back of the house from the courtyard. If you enlarge the photo you can see the amazing detail. 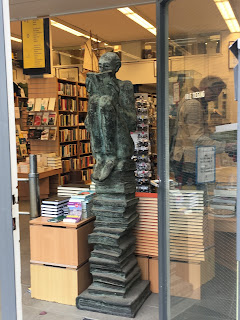 We found a nice bookstore right next to the Rubenshuis Museum. They had a nice selection of used books in English and I picked up a few bargains (more on that in another post!) I loved this sculpture just inside the front door. 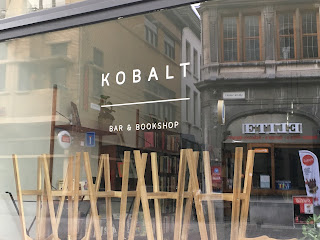 There are lots of bars and restaurants in the old town, but my favorite was this combination bar and bookshop! I passed by in the morning before it was open and didn't have time to go back, but I think it's great. I peeked inside and it looks like there were some shelves of used books for sale and a very laid-back place to hang out, read, and have a drink. 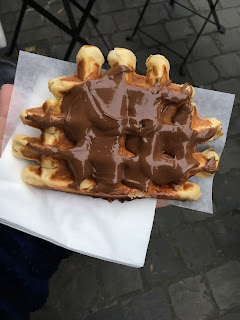 Of course I had to have an authentic Belgian waffle! This one was covered in Nutella. 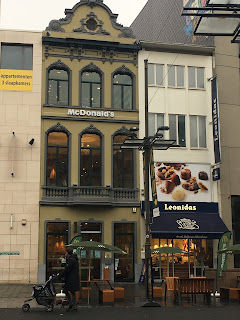 Even the McDonald's was in a beautiful old Baroque building (no, I didn't eat there). And that's a chocolate shop right next door -- there were at least four chocolate shops in the mile-long walk from the old town center to the train station. (Also plenty of beer if you prefer it). The interior of the beautiful train station -- it reminded me a little of NewYork's Grand Central, but much smaller. And there's a park with a zoo on the other side!

I loved Antwerp -- the people were lovely, nice shops and restaurants, and plenty to do and see if you're only there for a few days. I would definitely go back and I want to see more of Belgium including Bruges and Brussels.

And I still haven't written my post about all the books I've bought so far in Europe! But that's another post.
Posted by Karen K. at 5:27 PM