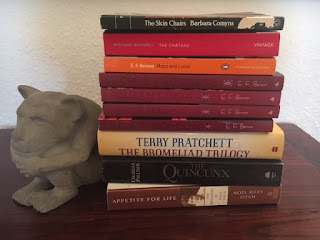 It was a hectic year for me, and I didn't get nearly as much reading done in 2016 as I had hoped.  I guess my excuse is the big overseas move which took a lot of mental energy. Still, I managed to read 75 books in 2016, and I've picked out some of my favorites for an end of the year list. I think I only reviewed three of these online but in chronological order, here are some of my reading highlights: 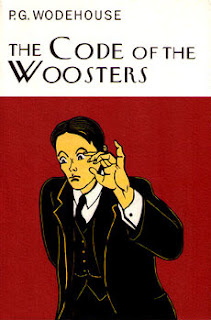 1.  The Code of the Woosters by P. G. Wodehouse. One of the most popular Bertie and Jeeves stories, and considered by many to be the best. Lots of mayhem, silliness, and a silver cow creamer. I knew the plot from the BBC series but it was still hilarious.

2.  Phineas Redux by Anthony Trollope. Book #4 of the Barchester Chronicles. I figured it would be a bit of a slog since Phineas Finn wasn't my favorite, but it was great -- I suppose putting the main character on trial for murder would perk up any Victorian novel! 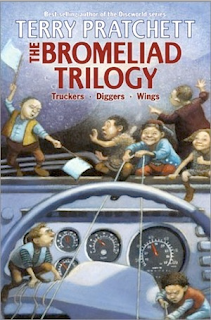 3.  The Bromeliad Trilogy by Terry Pratchett. I haven't read much middle-grade fiction the last few years but this had been hanging around the TBR shelves and I needed a fun, light read last spring. I'd only read one other book by Terry Pratchett (Good Omens) and I absolutely loved it. It was laugh-out-loud funny and I definitely want to read more of his works. 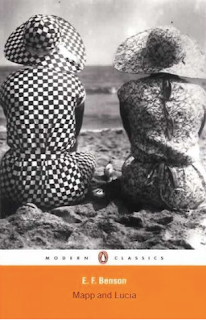 4.  The Mapp and Lucia series by E. F. Benson. I read five of the six novels in the series this year -- I really needed some levity with all the stress (not to mention the election). Mapp and Lucia, the fourth novel, was my favorite but they are all wonderful. Sadly, I only have one left to read but I know Benson wrote quite a few more books.

5.  The Chateau by William Maxwell. A delightful find at a small used bookstore on the military base. A young American couple take an extended visit to postwar France. It's really not about much, plot-wise, but I loved the characters and all the descriptions. A slow, thoughtful book but definitely worth reading if that is your cup of tea. 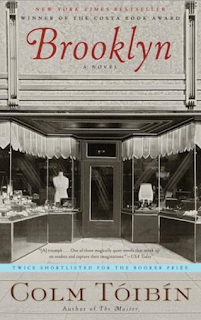 6.  Brooklyn by Colm Toibin. A lovely book. I'd seen the Oscar-nominated film, which I loved, but the book was even better.

7.  Appetite for Life: The Biography of Julia Child by Noel Riley Fitch. Another book I've owned for years but never touched. It was a little slow starting but Child's life was even more fascinating than I expected. If you liked Julie & Julia or My Life in France I highly recommend it. 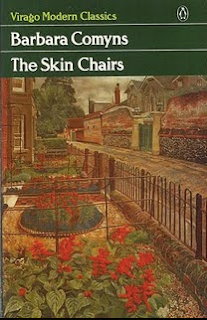 8.  The Skin Chairs by Barbara Comyns. A quirky little Virago about an eccentric but endearing family. It was just the sort of book I like.

9.  Main Street by Sinclair Lewis. One of the books from my Classics Club list, I'd been putting it off forever and I was so glad I finally got around to reading it! A wry satire of a young librarian who moves to a small town in Minnesota and attempts to bring some culture to the locals.

10. The Quincunx by Charles Palliser. A big, fat, historical novel, just the thing if you're a fan of Charles Dickens or Wilkie Collins. I know I could have finished three or even four books in the same time but it was worth every minute.

So -- an eclectic list, but that's me! I have lots of good reads on the horizon, plus another challenge. Bloggers, how was your 2016 in books? What are you looking forward to reading? And have any of you read these books?
Posted by Karen K. at 7:29 AM