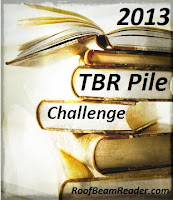 I did it!  For the second year, I achieved my goal and finished twelve of the books that I really, really wanted to knock off my TBR Pile -- I've owned some of them for a really long time.  Here's a link to my original post, and these are the books I completed, in order, with links to the reviews:

1.  Fidelity by Susan Glaspell. Another great Peresephone, though this one's set in America.  It's the story of a scandalous woman who returns back to her small town, years after running away with a married man.

2.  Captain Corelli's Mandolin  by Louis de Berniers.  Great wartime romance set on a Greek Island.  I liked it though the ending disappointed me. 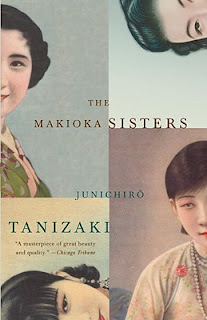 3. The Makioka Sisters by Junichiro Tanizaki.  Another wartime story, though from the Japanese perspective, though it mostly dealt with domestic life in 1930s and 1940s.  A great story, one of my favorites of the year.

4.  Nella Last's War by Nella Last.  A wartime diary of an ordinary housewife in England -- wow, that's the third WWII book in a row!

5.  Lady Chatterley's Lover by D. H. Lawrence.  A pleasant surprise -- I was really dreading this one but I found I really enjoyed it and sympathized with the main character. 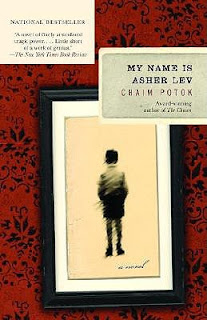 6.  My Name is Asher Lev by Chaim Potok.  A great coming-of-age book about a painter torn between his need to express himself through his art and his Orthodox Jewish family.  Another treasure.

7.  Giants in the Earth by A. E. Rolvaag.  A pioneer story about Norwegian immigrants in South Dakota -- like Little House on the Prairie, but from the parents' point of view.

8.  The New York Stories of Edith Wharton.  A wonderful collection, all set in New York City or about New Yorkers.  Mostly great stories, with a couple of clunkers.

9.   The Good Soldier Svejk by Jaroslav Hacek.  The book I'm most proud of completing.  It's more than 700 pages about an idiot soldier in WWI and all of his exploits.

10.  Wild Swans: Three Daughters of China by Jung Chang.  A great book, one of my favorite reads of the year.  I learned so much about China and it was so insightful about the rise of Communism -- and the horrors of the Cultural Revolution. 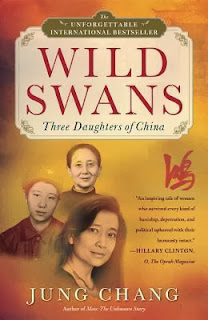 11.  The Duchess [Georgiana, Duchess of Devonshire] by Amanda Foreman.  More great nonfiction!  A little too much detail about 18th century English politics for my taste, but a fascinating story about a tragic woman.

12.  Kipps by H. G. Wells.  Another treasure I'm sorry to have kept on the shelf for so long.  It's a charming social satire about the rise and fall of a bourgeois young man in Edwardian England.  A great read.

I was lucky this year -- of the twelve that I completed, I really enjoyed most of them. Some of them really surprised me, like Kipps and Lady Chatterley -- I liked them much more than I expected.  Overall, I'd say my favorites were Wild Swans, My Name is Asher Lev, and The Makioka Sisters.  I'd highly recommend all of them -- I'm just sorry I waited so long to read them!

Collected Novellas by Gabriel Garcia Marquez.  I started reading them out of order, since I'd selected one of them, Chronicle of a Death Foretold, as the October read for my book group.  That one was a reread for me and I still loved it, but I just couldn't get through the second novella, Leaf Storm.  It was so depressing and dreary and I have no desire to ever finish it.  It's turned me off Garcia Marquez at the moment, I don't know if I'll ever finish the third novella, No One Writes to the Colonel.

And finally. . . . Lark Rise to Candleford by Flora Thompson.  It's long, and it looks like it's going to be a really, really slow read.  Maybe I'll just save it for next year and count it towards some other challenge!

How about you, bloggers?  Did anyone else sign up for the TBR Pile Challenge last year?  Did you finish?  And have you signed up for next year?  I love this challenge and I've already signed up.
Posted by Karen K. at 11:53 AM