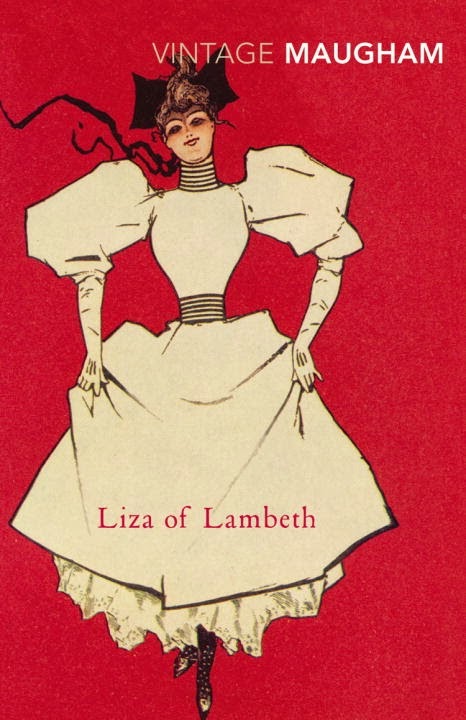 Liza of Lambeth is the first novel published by W. Somerset Maugham, in 1897.  I've been a big fan of Maugham's work ever since I read Of Human Bondage as a freshman in college, so I thought Liza would be a good choice for my Classic Novella selection for the Back to the Classics Challenge. (It also counts towards the Reading England Challenge).

This is the story of Liza Kemp, a young woman of about eighteen or twenty who lives in Vere Street in Lambeth, a neighborhood of London.  Liza is pretty and spirited, and she doesn't seem very satisfied with her life.  She lives with her widowed mother, who seems to do nothing but drink and complain about her rheumatism, and her boyfriend Tom bores her.  At the beginning of the story, it's a beautiful day in August, and the neighbors are hanging around outside when an organ player wanders down the street.  Spontaneous dancing breaks out as Liza is walking home in a new dress, and she joins in.  The sight of Liza dancing in that new dress catches the eye of a new neighbor, Jim Blakeston, who changes Liza's life forever.  He's married, with a houseful of children, and he's old enough to be her father.  But Jim is so different than her boyfriend, Liza starts a relationship with him that sends her on a downward spiral. 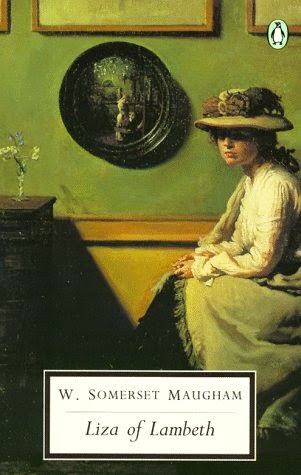 It's quite short, only 137 pages, and one could easily read it in a day or possibly even a single sitting, but I had to put it down a few times because I did find the story quite depressing. It's quite obvious to the reader that this isn't going to end well, and it doesn't.  Maugham was working as a doctor in working-class London at the time he wrote the book, and it struck me that he must have seen many girls  like Liza.

It was a little difficult to read because all the characters speak in a dialect which I can only assume was Cockney. (Please feel free to correct me in the comments I'm incorrect.) Though the story is well written, and the characters are well developed, I can't say I really recommend it because I found it so sad.  I did appreciate it as fan of Maugham, but I can't say I'd ever want to read it again.  I've read The Painted Veil and Up at the Villa several times but Liza of Lambeth won't be on my list of favorites.
Posted by Karen K. at 4:18 PM