10 Random Books From My Shelves

Stolen from Simon at Stuck in a Book, here are ten random books taken from my shelves. Maybe they will give readers an insight about me. Most of them are still unread; last year we made the big move to Germany and I decided to bring mostly unread books with me, imagining that it would behoove me to make a dent in the owned-and-unread pile. (I've hardly read any -- curse you, San Antonio Public Library Digital Downloads!)

Since I used to be a librarian, they're alphabetized by author, naturally. 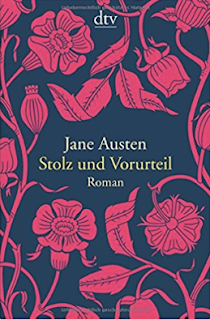 1. Stolz und Vorurteil by Jane Austen. I found this pretty German edition of Pride and Prejudice at Thalia, the bookstore chain that's in practically every German city. They do have an English language section but just for fun I decided to check out what classics they had translated into German. And no, I can't really read the German, but I know the novel so well that I can pretty much open any random page and figure out what's happening based on the character names and locations. 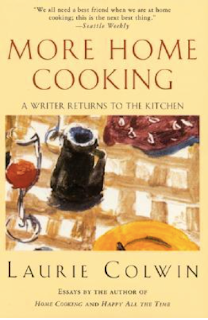 2. More Home Cooking by Laurie Colwin. I love food writing and the late Laurie Colwin is one of my favorites. More Home Cooking is a collection of her essays, mostly with recipes, some of which originally appeared in Gourmet magazine. I've owned multiple copies of this book and its predecessor, Home Cooking, and my daughter has read it so many times I finally bought her a copy of her own (a first edition). Her style is very chatty, like you're having a cup of tea with a good friend, and the recipes are good too -- her chocolate pear pudding is one of my favorite desserts and I wrote about it in one of my very first postings on this blog, back when I imagined I'd be writing about books and food. Colwin's fiction is also excellent and I've read all of it. 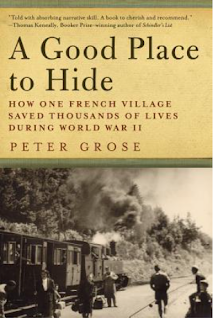 3. A Good Place to Hide by Peter Grose. Last year I visiting my eldest daughter in New York City and we visited Albertine, the beautiful French-English bookstore at the French Consulate on Fifth Avenue (just a short walk if you're visiting the Met). It's stunningly beautiful and they have a great selection of books in French, and books in English about France and by French authors. They even had some early editions of classic French writers. I bought A Good Place to Hide which is a nonfiction account of a village in the Loire Valley that saved 3,500 Jews during WWII. I haven't read it yet because I have to spread out WWII books or it's too depressing. 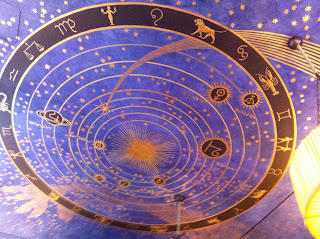 But here's the best photo I could get of the bookstore.
It has two levels and has a beautiful mural painted on the ceiling. 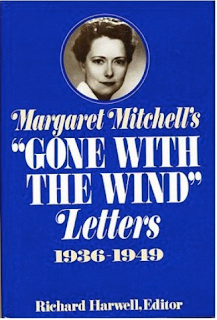 4. Margaret Mitchell's Gone With the Wind Letters, edited by Richard Harwell. One of the perks of working at the library was that we always got first pick of the donated books before they were put into the Friends of the Library Sale. I've always been a huge fan of GWTW so I figured it was worth the $1 investment. I think I bought this in 2011 or 2012 and still haven't read it. 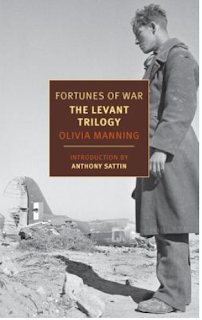 5. The Levant Trilogy by Olivia Manning. The second three-volume set of Manning's Fortunes of War series, this one follows Guy and Harriet Pringle as they've fled the Balkans during WWII. Of course the war spreads to the Middle East and they're caught up in it all over again, plus Manning adds some new characters. Another book I haven't started yet, but I hope to get to it this summer. 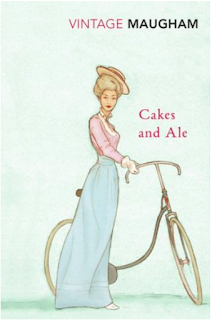 6. Cakes and Ale by W. Somerset Maugham. I'm not actually sure if I've read this or not -- I read my first Maugham, Of Human Bondage, way back in college (mostly to impress a cute boy in my dorm). I think I tried to read this one during a college summer break when I was home working at a boring job, with no friends my own age. I started reading Maugham again about ten years ago and I've loved most of his books so I couldn't resist this beautiful Vintage edition, also from Half Price Books. 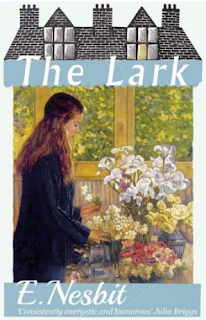 7. The Lark by E. Nesbit. A new favorite of bloggers who read middlebrow women's fiction, this novel for adults by E. Nesbit was finally reprinted this year by Dean Street Press, thanks to Scott at the Furrowed Middlebrow blog. This book was nearly impossible to find until Dean Street and Scott coordinated to republish these hidden treasures. I have actually read this one and really enjoyed it, it's a bit of a fairy-tale; set in London just after WWI, cousins Jane and Lucilla have to make their own way after a rascally guardian loses most of their inheritance, except for a small cottage and a tiny income. They hit upon the idea of selling flowers from their garden and miraculously find help wherever they need it. It sounds soppy and unrealistic but it's really charming, just the thing when current events are too depressing. (And check out Scott's Middlebrow Syllabus if you want guidelines to find great middlebrow authors, though I warn you it could be dangerous to your bank balance.) 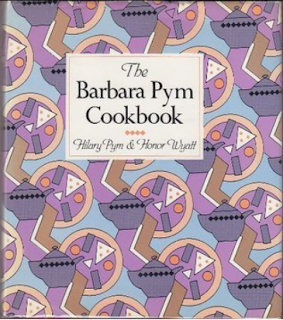 8. The Barbara Pym Cookbook by Hilary Pym and Honor Wyatt. Years ago I went to cooking school, and I worked for about five years in professional kitchens. I love cookbooks, especially those with a literary connection. Barbara Pym has a lot of food in her books and I think this cute little cookbook has the same jacket designer as her beautiful hardcover editions. I've read bits and pieces of it but I haven't tried any of the recipes yet. 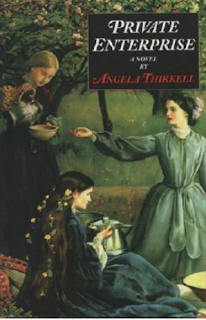 9. Private Enterprise by Angela Thirkell. I started buying these nice Moyer-Bell paperback editions of Thirkell's Barsetshire series whenever I found them at the Half-Price Books in Texas, and I think I have about a dozen so far. (This one is number 16 in the series).I haven't started any as I'm rather daunted by the 32 books in the series -- I fear once I start I'll end up buying the other 20 as my library here doesn't own any and I don't know if they're available for digital download! 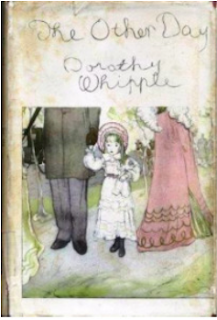 10. The Other Day by Dorothy Whipple. I'm a devoted follower of Simon and Rachel's podcast Tea or Books? and I was quite jealous when I heard that Rachel of Book Snob had found a copy of this memoir by Dorothy Whipple at a used bookstore for only about £4 !! So I'd been keeping my eye out for a copy and bought one from an online seller a couple of months ago. Unlike lucky, lucky Rachel I did not pay £4. It was more than I usually spend but I thought I was only going to buy 24 books this year so I felt justified (and my 24 books vow has been an utter failure -- but I still have the book! Unread of course. (And wait and see, Persephone Books will wind up publishing it, I bet.) Anyway, I'm sure I'll treasure it. And if you haven't checked out the Tea or Books? podcast, you're in for a treat.

So, that's basically me in ten random books -- some food writing, some literary biographies, a little history, a couple of classics, and a lot of middlebrow fiction -- mostly unread! Maybe this will be a good jumping off point for my 20 books of summer project.
Posted by Karen K. at 2:02 AM

Labels: About Me, lists