Georgette Heyer: Biography of a Bestseller by Jennifer Kloester 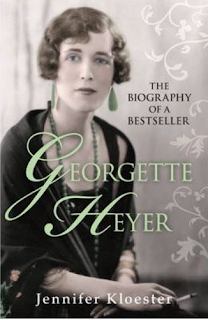 I'm not much of romance reader, but back when I lived in Texas I read The Grand Sophy for my Jane Austen book club and was pleasantly surprised by how much I enjoyed it. Georgette Heyer wrote 50 novels, mostly historical. They're rather light and fluffy, but mostly great fun and they're very well researched. I was poking around Half-Price Books in San Antonio and found this biography, so I thought it would be a good addition to my TBR Pile Challenge list. Georgette Heyer wrote 50 novels. in 72 years. Starting when she was just 17, she published a book nearly every year of her life, sometimes more. Most of them were romances and historical fiction, but she also wrote mysteries and a few contemporary novels, and nearly all of them are still in print.

Heyer's first novel, The Black Moth, began as a story she made up to amuse her younger brother, who suffered from hemophilia. She continued writing after her marriage to a mining engineer, with whom she moved to Tanganyika (now Tanzania) and Macedonia. They moved back to the UK and Heyer mostly supported the family with her writing while her husband made some career changes (he and her son both became lawyers). Heyer's commitment to research and her literary output are pretty astonishing -- her historical novel An Infamous Army is now considered one of the best historical works on the battle of Waterloo. And once she had completed the research and settled on the plot and characters, she could write a book in a matter of weeks. 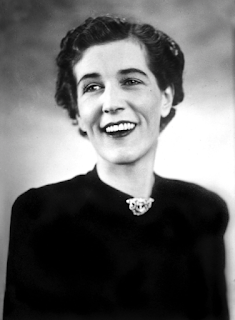 Though she's now best known for her historical romances set in the Regency period, she actually only wrote one (Regency Buck) before WWII. Her most successful novel before that time was about the Napoleonic Wars, but she couldn't bear to write a war novel during the Blitz. Heyer was afraid that it was frivolous to write a light historical romance, but she needed a distraction and wrote a Regency novel, Faro's Child. It was just what the public wanted and was a huge success. Thereafter she continued with mostly Regency novels until her death.

This book is very fact-heavy, especially on issues of publication and tax payments -- often she would write a book specifically to pay off a debt. She also sometimes made unwise decisions to sell off the rights to books for what now seems a pittance. I would have loved to read more about her creative process, but Georgette Heyer was an extremely private person and gave almost no interviews, so Kloester had to rely on letter and papers. However, I found it an extremely fast read. There were some surprises, like the fact that Heyer's publishers did essentially no editing -- she would just send them the title and some basic information, then her manuscript would arrive and that was pretty much it! She did have some fights with printers who would take it upon themselves to change spelling without consulting her -- then had the nerve to charge her!

Even if you're not a fan of Heyer's romances, this is an extremely interesting look at the life of a prolific writer (it also inspired me to read two more of her books while I was reading this one!) I still  have literary biographies and memoirs of three other writers on my TBR Pile Challenge list: Margaret Mitchell, Edith Wharton, and Elizabeth Jane Howard. Bloggers, which should I read next?