The 1965 Club: The Town in Bloom by Dodie Smith 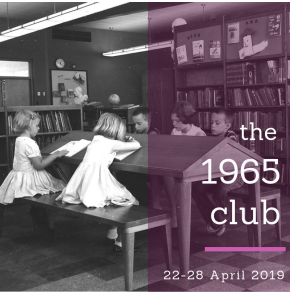 I'm always happy to join in one of Kaggsy and Simon's biannual reading clubs, and when I found out they had selected 1965 for this round, I was delighted to discover that Dodie Smith's The Town in Bloom fit the bill perfectly -- especially since I'd just bought a copy a few months ago! Win-win! It's also fairly short, just over 300 pages in a mass-market paperback, so it was the perfect read for a short road trip this week. 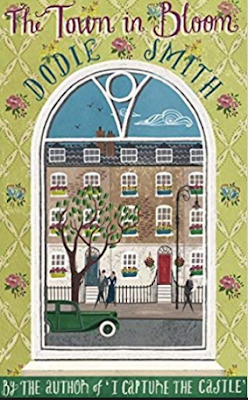 Set mostly about 1925, this story begins with a woman, oddly nicknamed Mouse, receiving an invitation to small reunion of four old friends at a swanky London hotel restaurant. We don't know at first how old they are, nor how long since they first met. We do find out that one of the four, nicknamed Zelle, is unlikely to show up. Mouse spies a homeless-looking woman out the window of the restaurant and ends up following her in a taxi.

Later, the book flashes back to Mouse first arriving in London from Manchester at the tender age of eighteen, where she takes up residence in a women's club, a sort of dormitory. She's just lost her only living relative, an aunt who was a regional actress, who has given mouse a letter of introduction to a very famous actor named Rex Crossway. Mouse makes two new friends at the Club, Molly and Lillian, who are slightly older and are working as chorus girls.

Mouse then crashes an audition at the Crossway theater, and though she doesn't get a part, manages to snag a secretarial job, where she learns the ins and outs of the theater, doing secretarial work, prompting, and so on. Dodie Smith was also a playwright and her knowledge of the London theater world gives the story wonderful background and insider's details.

Mouse and her two friends get into some madcap adventures and wind up meeting the mysterious Zelle, who isn't longing for a theater career, but tags along. Mouse and her friends all wind up having rather torrid affairs which I found quite surprising given the 1920s setting. Of course it was published in 1965 during the sexual revolution. I don't know much about the social history of 1920s London but it felt a bit more sixties than twenties to me. 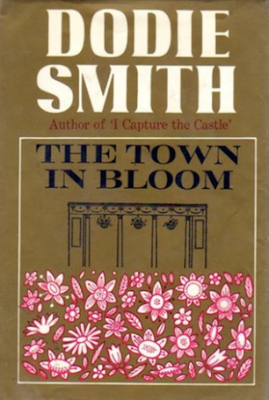 This was a light, quick read, though I didn't enjoy it nearly as much as I Capture the Castle. I liked Mouse but I just didn't get her fascination for the man who is the object of her affection; also, I didn't much care for her two friends Molly and Lillian, who I just found rather condescending. And I found the ending so abrupt that I wonder if there is actually a page missing (especially since there are no blank pages in the book in my edition). The best parts of the book are set in the theater -- I've been lucky enough to see several West End shows since I've been living in Germany and I've loved all of them. I did a bit of theater in high school and I was absolutely terrible, but I can understand the fascination. 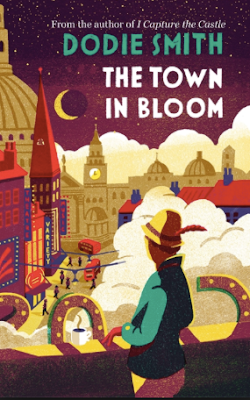 I've now read nearly all of Smith's adult novels, and none of them quite measure up to I Capture the Castle, which is clearly her best novel -- I imagine that's why her other novels don't get much attention. (I Capture the Castle has nearly 80,000 ratings on Goodreads, compared to less than 1000 for all her other novels). I still need to track down A Tale of Two Families to complete her oeuvre.

I still may try to read two other books for the 1965 Club -- Frederica by Georgette Heyer, or The Flight of the Falcon by Daphne du Maurier. Thanks again to Kaggsy and Simon for hosting The 1965 Club, I'm already looking forward to the next reading club. You can find links to other reviews on Simon's blog here.
Posted by Karen K. at 4:38 AM