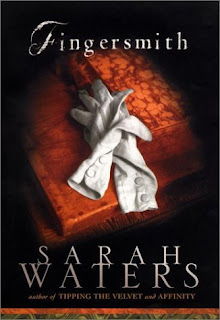 Wowza.  I don't think I have ever read a 600 page book so fast.  I know there are lots of glowing reviews of this novel on the blogosphere, and they are all true.  This is an amazing, brilliant book.  Why did I wait so long to read it???

I must disclose that I actually saw the BBC movie first -- which is nearly as good as the book, if that's possible.  The movie is wonderful, and when I saw the book at the library book sale, I bought it and it's been waiting patiently for me to read it ever since.  I actually thought I'd try another Sarah Waters novel first, since I already knew the story.  However, my good friend Amanda at The Zen Leaf is also reviewing it, so I was inspired to read it also.


Sarah Waters must be the best writer of neo-Victorian fiction, ever.  If you've ever been intimidated or turned off by the idea of Victorian novels, this could be the place to start -- it keeps the essence of the Victorians, but with less of the flowerly language and convoluted plots.
I can't say too much about the plot of Fingersmith, because, honestly, that would spoil it.  One of the best things about this book is the fantastic plot, which has some pretty jaw-dropping twists.  Basically, it's about a young woman, Sue Trinder, an orphan who's raised in a den of thieves in Victorian London.  I'm guessing in the 1860s since there's a mention of mourning for Prince Albert (who died in 1861).   Young Sue, who's been raised by a loving foster mother (unlike most literary orphans) is persuaded to pose as a ladies' maid and help swindle a young heiress out of a fortune.   However, things don't turn out as planned.  I'll stop there, because I could go on and on, and I don't want to ruin it for anyone.  It's very Dickensian, and the whole orphan/den of thieves motif is very reminiscent of Oliver Twist -- a very R-rated Oliver Twist, with a female protagonist (there's a little shout-out to Dickens in the beginning of the book, which I loved).

However, this isn't any kind of Dickens fan fiction or remake.  I'm not a big fan of literary sequels and remakes, and the comparison to Dickens pretty much ends there.  Oliver Twist is one of my favorite Victorian novels, but I've always found little Oliver to be a cloyingly perfect, and I'm not a big fan of Dickens' female characters.  They're frequently evil, or bland angels, or bad mothers.  In Waters' novel, the women take the center stage, and they are very three-dimensional.  They're far from perfect, but they're still sympathetic.   It takes a really talented author to make unlikeable characters interesting and compelling, and I found myself fascinated by these characters and sympathetic to their situation.  Women in Victorian times had so few choices, and poor women were worst off of all -- not much chance for education, not many jobs, and no rights.  It made me think about how so often people are products of their environment. 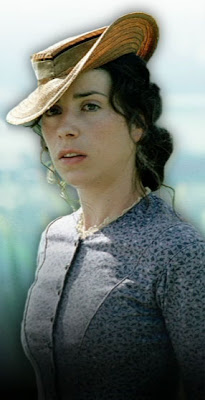 As much as I liked the movie, in a way I wish I hadn't seen it before reading the book simply because there were no surprises.  Yet it did not lessen my enjoyment of this novel one iota.  I still stayed up late at night reading it, and when I woke up early one morning, I could not wait to pick it up and finish it.

And the movie is fantastic.  The acting, the sets, the costumes are all wonderful.  I honestly don't know how they could have made it any better.  They did make a few minor changes, but I think that was mostly just to clarify plot points that are a bit more subtle in the book.  And of course, you miss the wonderful narration by the main character.  A movie can't possibly describe what's going on inside her head.  But it is absolutely wonderful, especially Sally Hawkins as Sue.  Lots of other great actors as well.

Now that I've finished this, I want to watch the miniseries all over again.  And I have a conundrum:  Sarah Waters has written four other novels -- do I rush out and read them all in a row, or ration them out to make them last longer?  It's a tough choice that I face whenever I find a new author I love.