Top Ten Books I'd Love to See Made into Movies 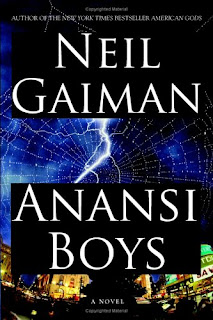 Okay, I'm a little behind with book reviews, and I've just started another Big Fat Book -- Dombey and Son by Charles Dickens.  But I feel that I have been neglecting my blog lately.  Hence, the list. This was a bit of a challenge -- since I love classics, a lot of my favorites have been made into movies already.  But here's what I'd love to see.

1. Anansi Boys by Neil Gaiman.  Lenny Henry brilliantly narrated the audio, so I always picture him as Fat Charlie.  I don't know if anyone could play the role as well, though I admit it's written for someone younger.

2.  The Eyre Affair by Jasper Fforde.  I hesitate to even include this book, since I think a movie would never capture all the craziness in this book.  It's fun to imagine it though.

3.  The Village by Margahita Laski.  One of many Persephones that would make great films.  Another Persephone is currently in film development right now, Cheerful Weather for the Wedding, so there's hope for all the Persephone fans. 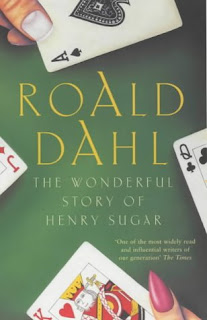 4. The Book Thief by Marcus Zusak.  A novel about a German girl in WWII, narrated by Death.  Sounds perfect for a movie, right??

5. The Wonderful Story of Henry Sugar by Roald Dahl.  The story of an idle, spoiled rich man who becomes a modern-day Robin Hood.  It would be perfect for a movie adaptation.

6.  The Help by Kathryn Stockett.  To be released this summer, featuring some amazing actors, including  Allison Janney and Viola Davis.  I hope it does the book justice.

7.  The Custom of the Country by Edith Wharton.  This starts out slow but has some great plot twists.  The casting would have to be spot-on. 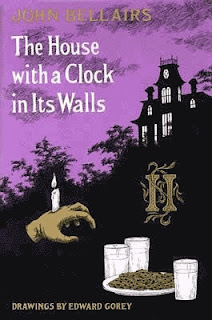 8.  The House with a Clock in Its Walls by John Bellairs.  A creepy juvenile novel about an orphaned boy who goes to live with his uncle in a mysterious house.  I loved it as a kid and I think it deserves a revival among the Harry Potter set.  An animated version inspired by the Edward Gorey illustrations would be amazing.

9. When You Reach Me by Rebecca Stead.  A brilliant Newbery winning book.  Again, I don't know if a movie could do it justice but I can only hope.

10.  Jar City by Arnaldur Indridason.  I hope the demand for Scandanavian thrillers spills over and this book gets the attention it deserves.  Another series about a brooding, unhappy detective in a cold country, it would be perfect for a film or TV adaptation.

I borrowed this Top Ten Tuesday meme from The Broke and The Bookish.  Thanks for the great idea!
Posted by Karen K. at 4:42 PM