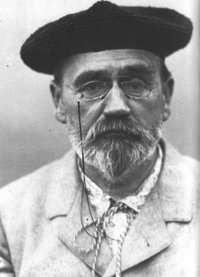 Happy Bastille Day!  Joyeux Le Quatorze Juillet!  Today, I'm honoring both France and my favorite French author, Emile Zola.  (And of course, the Paris in July blogging event).  Zola is one of the classic authors I discovered while blogging, and he's become one of my favorite writers.  In fact, I'm so in love with Zola's work, I've decided to share the love and give away a paperback edition of one of his novels.

One winner will receive his or her choice of a Zola novel listed below.  All you have to do to enter the giveaway is leave a comment below telling me which Zola novel you'd like to receive, and why.  Make sure you leave a contact email if your comment doesn't link automatically to your blog.

Here's a list of novels of Zola readily available in good, current paperback translations from the Book Depository.  At the moment, I've included all the Oxford World's Classics and Penguin translations, which I know are good.  (If I've missed any, please tell me so in the comments).  I've included links to the Zola novels I've reviewed so far on this blog. 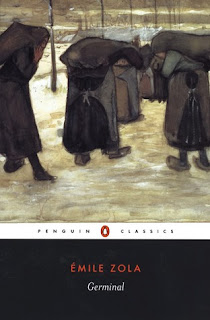 The drawing will be open until Thursday, July 18, at 5 p.m. U. S. Central Standard Time.  The contest is open to residents of any country to which The Book Depository ships.  (If you're not sure if your country is included, click here).  I'll post the winner on my blog and contact him or her via email; the winner will have three days to reply or I'll choose another winner.

*If the winner selects The Fortunes of the Rougons, it won't ship out until August, as this the publication date of the new paperback translation.

Good luck and happy reading!
Posted by Karen K. at 9:22 AM