I'm a couple of days early for a Top Ten list, but in honor of Mother's Day, here's a list of books I think my mother would love. We have quite similar taste in books (and I'm pretty sure she's read some of these already). But this is my Top Ten List of Books My Mom Would Love.


1. The Enchanted April by Elizabeth von Arnim. Four Edwardian women rent a castle in Italy for a month. Beautiful gardens, a castle, and ocean views. And Italian food! What is not to like? (Also has a great movie adaptation). 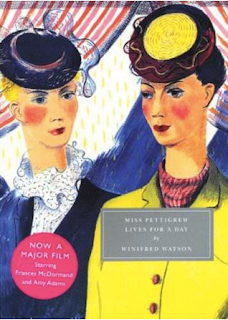 2.  Miss Pettigrew Lives for a Day by Winifred Watson. Probably the most popular book in the Persephone catalog, and with good reason. A down-on-her-luck spinster accidentally gets the wrong assignment from an employment agency, and is swept into a whirlwind when she works as a secretary for a glamorous nightclub singer. The movie adaptation was brilliantly cast with Frances McDormand as Miss Pettigrew and Amy Adams as her employer, Delysia LaFosse. (McDormand also narrates the audio version, also wonderful).

3.  Wives and Daughters by Elizabeth Gaskell. One of my favorite Victorian novels, it's the story of young Molly Gibson, whose life is upturned when her widower father remarries because he thinks she needs a woman's influence. She's not exactly a wicked stepmother but she's very misguided, and Molly also gets a stepsister Cynthia in the bargain. A great story about class and the role of women in 1830s England. And yet another great TV miniseries, one of my all-time favorites. (Also stars the brilliant Michael Gambon as the local squire).


4.  Rachel Ray by Anthony Trollope. My mom is actually the one who introduced me to Trollope, but I don't think she's read this one. One of Trollope's romantic comedies about the course of true love never running smoothly. It's one of his shorter novels and it's not one of his two famous series, so it's a great introduction to Trollope if you're daunted by the Pallisers and the Barsetshire Chronicles. One of the few books on this list that hasn't been adapted for TV or movies, but I wish it were!

5.  Mapp and Lucia by E. F. Benson. The fourth in the Lucia series, and my favorite (though they're all really funny). Set in the 1930s, two middle-aged social climbing women in an English village  constantly try to one-up each other, with hilarious results. There have been two TV adaptations so far. I haven't seen the 2014 version, but the 1980s version is brilliant -- Nigel Hawthorne is especially delightful as Lucia's best friend Georgie.

6.  Miss Buncle's Book by D. E. Stevenson. Another delightful book reprinted by Persephone. Like Miss Pettigrew, Miss Buncle is a spinster in financial straits, but she makes her own luck by publishing a thinly-veiled humorous book about her friends and neighbors in the small town of Silverstream, and life soon begins to imitate art. Stevenson wrote more than 40 novels and was a bestselling author with over 7 million copies of her books in print during the mid-century. Most of them are currently out of print but a few have been reprinted by Persephone and Sourcebooks and there are a lot of used copies for sale online.

7.  The Priory by Dorothy Whipple -- well, pretty much anything by Dorothy Whipple, one of my favorite Persephone writers (though I already I forced a copy of Someone at a Distance on poor Mom on a previous visit. She did enjoy it!) Whipple is one of Persephone's most popular writers and her novels and short stories are just wonderful, though they're often tragic tales of mid-century domestic fiction. She's very middlebrow but there's nothing wrong with that.


8.  84, Charing Cross Road by Helene Hanff. A charming true story of a postal friendship between a sassy New York journalist and a reserved London bookseller. Hanff was looking for particular classics in the 1950s  and couldn't find them in New York, so she began writing to a second-hand bookstore in Charing Cross. What followed was a long friendship based on books but is so much more. Ann Bancroft stars as Hanff in the movie adaptation -- she loved the book so much, her husband Mel Brooks bought her the film rights. Now, that's a lovely gift! 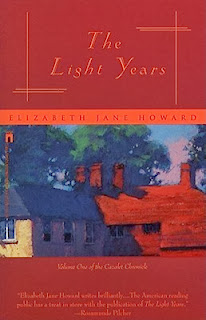 9.  The Cazalet Chronicles by Elizabeth Jane Howard. OK, this is an entire series, not just one book, but they're so good I have to include the whole series. It's the story of an extended upper-middle class family starting just before WWII, and how they react to the War and what follows. A great saga with well-developed characters, and I loved all five volumes.

10.  The Grand Sophy by Georgette Heyer. Part Pride & Prejudice, part Emma, this Regency farce is pure fun, and just the thing when you've finished all of Jane Austen. Heyer's books are great escapist fiction -- and unlike Jane Austen, she wrote about 50 books, so it'll take a long time to finish all of them!

I could go on and on, but these are books I know my mother (and many other mothers) would love. Happy Mother's Day, Mom!