I was recently tagged by Jillian with a fun meme about classics. And what is not to like about two of my favorite things, classics books and lists? So, here goes:

Without a doubt, Wuthering Heights. I think Heathcliff and Catherine are just awful and deserve each other for all of eternity.  The runner-up is On the Road by Jack Kerouac.

2. Favorite time period to read about?
Victorians! It's such a great time period, transitioning to the modern age. And it's such a long period, so there were so many great books written.

4. Most embarrassing classics that you haven't read?
I still haven't read Les Miserables! Shocking, I know -- I hope to get to it this year. I'm really scared by the length, and I've never read anything by Victor Hugo. 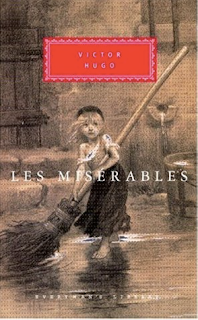 All of these are for challenges, either the Back to the Classics Challenge and the Victorian Reading Challenges, and they've all been on my TBR list for a long time.

6. Favorite modern book/movie/TV series based on a classic?

I'm not a huge fan of modern adaptations of classics. However, I really do love Clueless which is an adaptation of Emma. Alicia Silverstone is great as Cher Horowitz, and I love Dan Hedaya as her father, who is not clueless (unlike Emma's father). And Paul Rudd! What's not to love about this movie?

7. Favorite movie version/TV series based on a classic?

That's tough, there have been some really good adaptations! I could only narrow it down to four:
In general, I think books are better adapted to mini-series than movies, though I do love watching them on the big screen.

For movies, I'd have to say the 2011 Jane Eyre with Michael Fassbender and Mia Wasikowska. Michael Fassbender was way too good-looking to be Rochester, and they really hacked up the ending. I was also disappointed with House of Mirth -- it's one of my favorites and I was bored to death.


The worst TV adaptation was a The Paradise which is an adaptation of Zola's The Ladies' Paradise. I couldn't get through the first episode. It probably didn't help that they changed the location from Paris to north England. I think they were trying to compete with Mr. Selfridge.

9. Favorite editions of classics that you'd like to collect:
I really like Oxford World's Classics, and I love the covers of the Penguin Clothbound Classics! It's tempting to buy all of them. 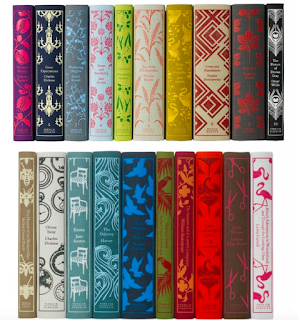 10. An under hyped classic? La Bete Humaine by Emile Zola -- it's a real page turner and I think it would make a great miniseries!

Bloggers, tell me about your favorite classics -- and your least favorites. I'm tagging anyone who wants to participate!
Posted by Karen K. at 4:00 PM