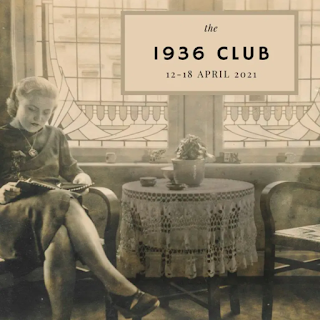 While searching for an appropriate book for the 1936 Club, I realized that Anne of Windy Poplars, fourth in the Anne of Green Gables series, was published that year. Six of the books in the series were published from 1908 to 1921, but later in her career, L. M. Montgomery went back and filled in the gaps before and after Anne's House of Dreams; (Anne of Ingleside was published in 1939.)
Anyway, it was an easy choice, especially after my previous read, which was good but a little depressing. I hadn't read any of the Anne books for a few years, so I quickly sped through Anne of Anne of the Island (volume 3) to get caught up with Anne in volume 4. I'm very glad I did because although I enjoyed the third book, I much preferred the fourth. (This post will contain very mild spoilers about Anne's career and love life, but nothing really shocking).
So, our beloved Anne Shirley, spunky orphan from Prince Edward Island, is now a graduate of Redmond College, and has a three-year job as principal of Summerside High School, also on Prince Edward Island. She's engaged to Gilbert Blythe, who is in medical school, and much of the book is Anne's lengthy letters to Gilbert (sadly, no letters from Gilbert to Anne are included). The story begins with Anne looking for lodgings in Summerside. Traditionally, the principal boards with Mrs. Tom Pringle, who has decided not to take lodgers. Anne finds a room boarding at a house delightfully named Windy Poplars, with two widows, Aunt Kate and Aunt Chatty, and Aunt Kate's curmudgeonly yet lovable cousin, Rebecca Dew, who is sort of a housemaid/milkmaid/Greek chorus. Windy Poplars is just the sort of charming, romantic house that would attract Anne, situated on a road called Spook's Lane, with a tower bedroom, across from a graveyard. 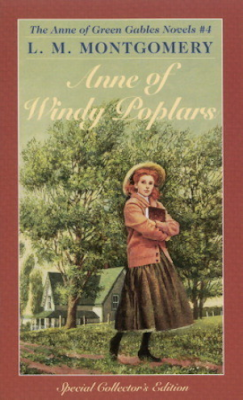 Nice cover, but Anne is far too young --
she'd have her skirts down and her hair up if she were the school principal!
The reason that Mrs. Pringle won't take Anne as a boarder becomes quickly apparent. The Pringles and "half-Pringles" are the dominant family in the area, and they run the show. Before even arriving, they're mad at Anne for having the gall to be hired as principal over one of their own clan, and they are determined to make her life difficult behind her back, though they appear to be kind to her in person, inviting her for dinners, etc. But they undermine her at the school at every turn, especially with the students who are insubordinate, refuse to do homework, play pranks on her at every turn. However, Anne manages to get the better of them when they attempt to sabotage the school play.
Of course Anne wins them over eventually, with a bit of deus ex machina. (Which is fine).There are also other recurring characters, including Katherine, a prickly co-worker who was also angling for the job; and Elizabeth, a miserable child living next door who seems to have the worst guardians and the loneliest existence in the world. Naturally, Anne's inherent sunny disposition and cockeyed optimism change their lives.
This volume isn't groundbreaking or particularly exciting as far as Anne's story goes (or in the greater annals of children's literature). Basically, it just seems amusing filler in the Anne chronicles before her marriage. Nothing really happens to Anne other than meeting interesting and eccentric characters in Summerside, or improving the lives of everyone around her. You could even read this as a stand-alone novel if you didn't know anything else about Anne Shirley -- I actually found it easier to read than the previous novel, Anne of the Island (due to the gap in my reading I'd forgotten a lot of the secondary characters and was a bit confused at times). 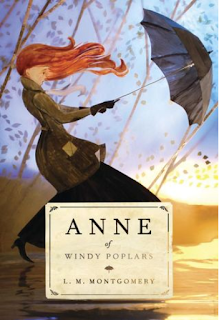 Still, the fun and quirky characters are what makes this book delightful, if a little too good to be true, sometimes. But it's Anne Shirley and who doesn't need a little unrealistic levity right about now? It's just the thing for a pandemic comfort read, and I will probably finish the rest of the series this year.
In this passage, Anne is taking a tour of the cemetery and getting a little local color from one of the residents:
The MacTabbs were all handsome but you could never believe a word they said. There used to be a stone here for his Uncle Samuel, who was reported drowned at sea fifty years ago. When he turned up alive the family took the stone down. The man they bought it from wouldn't take it back, so Mrs. Samuel used it for a baking-board. Talk about a marble slab for mixing on! That old tombstone was just fine, she said. The MacTabb children were always bringing cookies to school with raised letters and figures on them. . . scraps of the epigraph. They gave them away real generous, but I never could bring myself to eat one. I'm peculiar that way.
I'm quite sure I will remember this story the next time I'm rolling out cookie dough!
There are many, many editions out there, and while searching for cover images, I also found this: 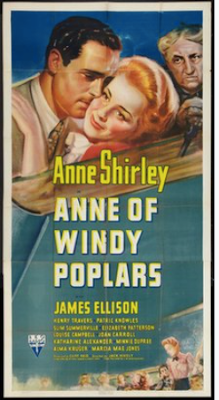 Apparently Anne of Windy Poplars was adapted as a 1940 movie! It's not on DVD but you can find clips on YouTube. The full movie may be online somewhere but I wasn't able to find it. I did find a synopsis of the plot on Wikipedia which you can read here, it sounds absolutely terrible. Has anyone seen it? I'd love to know!
I'm counting this as my Children's Classic for the Back to the Classics Challenge. And thanks again to Simon and Kaggsy for hosting the 1936 Club!
Posted by Karen K. at 8:06 AM