We, the Drowned by Carsten Jensen 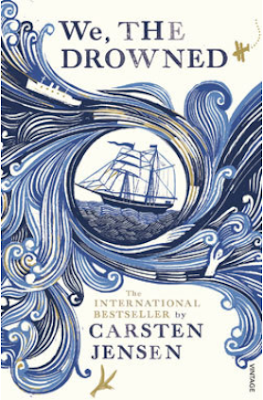 I've settled in nicely for Big Book Summer, and at one point last in June I was simultaneously reading THREE giant books between 600 and 900 pages long -- not the best strategy for finishing them in a timely manner. As per usual, one of them really grabbed me and the others were neglected. I plowed through We, the Drowned by Carsten Jensen, finishing it in only five days.

Originally published in Danish, it's the fictionalized story  of several generations of a fishing town in southern Denmark called Marstal, spanning just about 100 years. The story begins in 1848 when several of the local sailors are enlisted in the navy to fight the German rebels who have decided they don't want to live under Danish rule any more. Though they bring fully armed ships to blast the German port, they're utterly routed and Laurids Masden, one of the Danes from Marstal, is literally blown into the sky. Miraculously, he survives and becomes a local celebrity, until the fame (among other issues) is too much for him, and he promptly takes to the seas and essentially disappears.

When his son Albert is old enough, he also becomes a sailor, and spends years searching for his long-lost father, spanning the globe. Eventually he returns to Marsden, but is plagued by terrible visions of friends and neighbors embroiled in war.

War was like sailing. You could learn about clouds, wind direction, and currents, but the sea remained forever unpredictable. All you could do was adapt to it and try to return home alive. 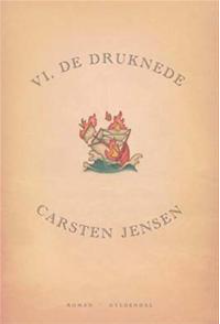 I really enjoyed this book, with some quibbles. I loved all the sailing parts, as I'm fascinated by ships and sailing, and I love traveling anywhere by boat. I also really enjoyed all the historical and travel aspects. However, I was not thrilled with how the women in this book were portrayed -- that is, hardly at all, or as mothers or romantic interests for the male characters. And one of the female characters is so sexually and racially stereotyped it made me cringe (there's also more racism and racist stereotyping than I was expecting for a book written and published in the 21st century).
Also, the structure of this book is sort of odd. It alternates between being told in the first and third person, and it's never quite clear who the first-person narrator is -- it's almost like the author couldn't decide and just stuck with it.
Overall, though, I did really like it and got absorbed by the characters and storytelling. A great, sprawling book for armchair traveling if you can't travel anywhere, or a perfect beach or airplane read if you can.
I'm counting this as my Danish selection for the European Reading Challenge; also counts for the Big Book Summer Challenge and the Chunkster Challenge.
Posted by Karen K. at 11:00 AM