In honor of Father's Day, I decided to compile a list of great literary dads.  It's shocking how many bad fathers there are in literature, but there are great dads worth noting.  I'm not limiting it biological fathers, since there are many great adoptive fathers and foster fathers in books.  Here are my favorites, in no particular order: 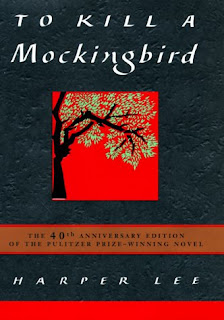 1.  Atticus Finch in To Kill a Mockingbird.  One of the most famous and beloved literary dads, he was the first one I thought of.  He's a great dad AND he stands up for his principles, defending a black man unjustly accused of a crime in small Alabama town, long before the Civil Rights era.   Plus he's a great checkers player AND a crack shot!

2.  Mr. Harding from Barchester Towers and The Warden by Anthony Trollope.  Even though his daughter Eleanor is in love with a man who could potentially ruin his career, Reverend Harding supports her and her decisions.  How many fathers would do that?  He staunchly stands by Eleanor, no matter what it means to his own lifestyle.
3.  Arthur Weasley from the Harry Potter series.  He's not the best breadwinner and he's a little goofy at times, but he makes up for it in his devotion to his seven children AND Harry Potter, whom the Weasleys essentially adopt since his aunt and uncle are so wretched.  There is not a better father in the wizarding world.
4.  Danny's father in Danny, the Champion of the World.  Roald Dahl's books are rife with horrible adults, but Danny's father is a real winner.  He's a single dad devoted to his son (though he's slightly morally suspect).  This book is one of the few Dahl novels without magical or supernatural elements, and it's always been my favorite. 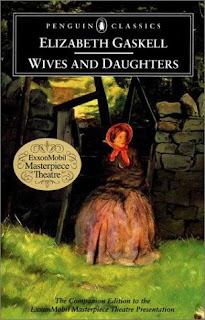 5.  Dr. Gibson in Wives & Daughters.  Another single dad, he has a great and loving relationship to his daughter Molly, and marries a widowed governess to give her a mother figure.  Even though this doesn't work out as well as planned, he still loves her and tries to do his best, unlike many of the fathers in Victorian literature (note that I do not include a single father from the works of Charles Dickens -- there are some great uncles and father figures, but the biological fathers are either dead or terrible.)
6.  Mr. Emerson in A Room with a View.  He stands up for his son George in matters of the heart, and convinces Lucy Honeychurch that his son is the man for her, despite their class differences.  Brilliantly portrayed by Denholm Elliot in the 1985 film version, far superior to the 2007 BBC adaptation, which has a horrible, unnecessary epilogue.  (If you do watch this version, skip this.  Trust me.)
7.  Hans Hubermann in The Book Thief.  He's technically not a father, but he's Liesel's foster father, and he's a great father figure.  He does the best he can to take care of an orphan girl in Germany during the end of WWII.  And he does some heroic stuff too.
8.  Silas Marner.  Not my favorite book by George Eliot, but curmudgeonly Silas is a memorably great dad.  He finds a little orphan child in the snow, and she changes his life. 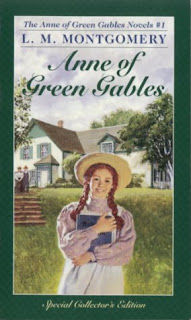 9. Matthew Cuthbert in Anne of Green Gables.  He was supposed to adopt a boy, but brought Anne home instead, to the chagrin of his sister.  Worked out very well for everyone though, especially the readers who get to enjoy the entire series.

10.  Mr. J. L. B. Matekoni from The No. 1 Ladies' Detective Agency series by Alexander McCall Smith.  An adoptive father, the finest mechanic in Botswana, and all-around great guy.  He is never too busy to help out fixing things at the local orphanage and does not bat an eyelash when his fiancee Madame Ramotswe adopts two orphans, a brother and sister, one of whom is disabled.

Happy Father's Day to my dad and to my dear husband!  They'd definitely make the list of great dads.
Posted by Karen K. at 9:27 AM