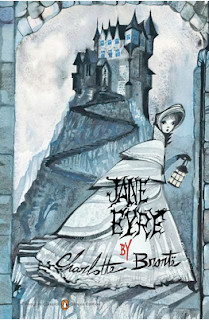 The reason I really started reading classics about ten years ago was because I realized there were so many authors I'd never read -- I managed to graduate from high school without ever reading anything by Steinbeck, Fitzgerald, or Hemingway! (Though in my defense, I did read War and Peace.) One of the few classics I did read in college was Jane Eyre, which I absolutely loved. It's also one of those books I turn to for comfort during hard times. This summer I had a tough move from Texas to Germany, and Jane Eyre was there for me when I needed something familiar.

I'm sure most everyone knows the basic story, but without spoilers, here's the setup: orphaned Jane Eyre lives with her horrible aunt and cousins until they send her off to boarding school, which also starts out horribly, but gets better. Eventually, she becomes a governess for the ward of mysterious Mr. Rochester at Thornfield Hall. She falls in love with him (naturally) but things are not as they seem.

It had been several years since I'd read Jane Eyre, and I still loved it this time around, but there were parts of it that I didn't like as well as in my youth. I still love Jane, but I found myself much more critical of Rochester and his behavior -- he was really manipulative and dishonest and some of the things he did to Jane were pretty unforgivable. Of course there are amazing coincidences, which are present in many Victorian novels so I feel as though that's to be expected. I did find parts of the story dragged, and there's a sub-plot about another possible romance for Jane that made me want to throw the book across the room. 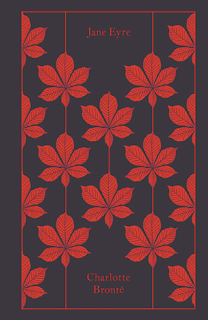 I first read this book as part of a literature class my first semester in college, and it's been so long that I hardly remember what all the metaphors were. I realize the book must have been ground-breaking for its time regarding the portrayal of women in Victorian times, and that Jane is a symbol of empowerment, but some of the symbolism is a little over the top for me.  And I'm sure I find it less romantic than I did years ago. I suppose it's inevitable that books affect you in different ways once you get older.

If you've read Rebecca by Daphne du Maurier, it's pretty obvious that she was influenced by Jane Eyre (though apparently she claims she wasn't; if anyone has evidence one way or the other, please let me know in the comments.) I've read Rebecca many, many times and it's one of my all-time favorites. I'm sure this may cause outrage but I honestly think I actually prefer Rebecca! In fact, it might be time for another re-read since it's October and I always want to read mysterious Gothic literature this time of year.

Bloggers, do you prefer Jane Eyre or Rebecca? And how do you feel when you re-read books you loved when you were younger? Do they stand the test of time?

I'm counting this as my Classic Re-Read from School for the Back to the Classics Challenge. Only three books left to go!
Posted by Karen K. at 8:43 AM