The 1947 Club: Sisters By a River by Barbara Comyns 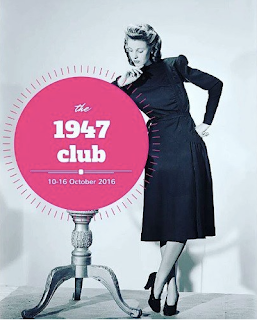 In honor of The 1947 Club I bought not one, not two, but three books published in 1947. I hope to complete all three of them this week, but let's start with Sisters By a River by Barbara Comyns.

Sisters By A River is a semi-autobiographical story narrated by the middle of the sisters growing in a rather odd household. They live in a country house near the River Avon, in the early part of the century, I'm guessing between the wars though it never really specifies. Their father is quite a lot older than their mother, who married him quite young and then went deaf when the girls are fairly young. There are a succession of servants and governesses, but overall these children seem to run quite wild. 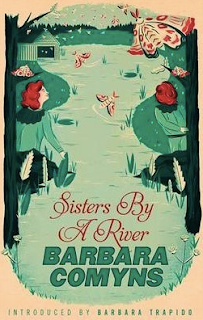 It's not so much a story as a series of vignettes about their lives as seen through the eyes of a child, with all the misunderstandings and misspellings you'd expect if she was telling you her life stories in bits and pieces. Many of the tales are just a couple of pages long, and some of them start out as amusing stories but wind up finishing with a sentence that's quite dark and sometimes unnerving. I couldn't figure out the point of the book until after I'd finished it and went back to read the introduction, which I normally leave until last for fear of spoilers. It all made sense when it explained that this is based on her own life; hence, the lack of plot. It also mentioned that Comyns was a terrible speller in real life (obviously due to her sketchy education) and the publisher left that in and even added to it to make it seem more childlike.

Sisters by a River is Comyns' first novel, but it's the fourth of hers I've read so far. I think it's safe to say her novels could be described as quirky.  All of her books are quite short, and some of them have surreal elements. I think I've read all of them simply based on recommendations from other bloggers, mostly Simon of Stuck in a Book and Thomas from Hogglestock. So far my favorites by Comyns were Our Spoons Came from Woolworths and The Skin Chairs. I've also read The Vet's Daughter which is definitely surreal, but I didn't like it nearly as much as the others since it has a much darker tone.

With the exception of The Skin Chairs, those books are all still in print, but it's not difficult to find Comyns' other books online as some of them were published by Virago. She wrote eleven books altogether and I'm definitely hoping to read more of them, though it might take a little searching.

Bloggers, have any of you read anything by Barbara Comyns? Which do you recommend? And are you enjoying The 1947 Club?
Posted by Karen K. at 7:04 AM