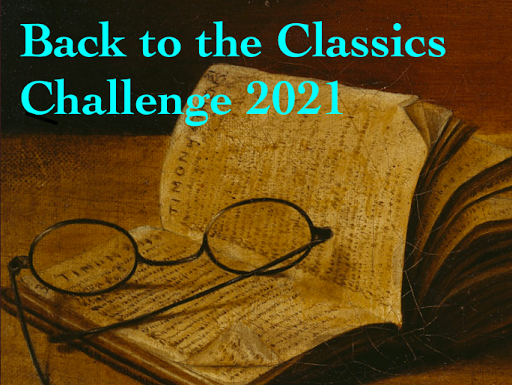 My list of possible reads for this year's challenge. Once again, mostly taken from my own TBR shelves -- how many of them will I actually read this year? 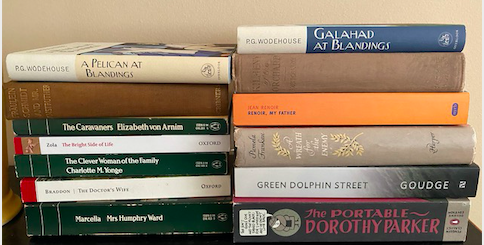 1. 19th Century Classic: The Doctor's Wife by Mary Elizabeth Braddon -- I do love Victorian sensation novels!
2. 20th Century Classic: A Wreath for the Enemy by Pamela Frankau. Bought at The Strand Bookstore last year.
3. Classic by a Woman Author: The Portable Dorothy Parker. Received as part of my prize from a Penguin book giveaway back in 2011. Also my Classics Club Spin pick so I have to read it by January 30.
4. Classic in Translation: Renoir, My Father by Jean Renoir. I bought it at the Frick Museum gift shop in 2013. Or maybe I'll put in the effort to finally read Crime and Punishment!
5. Classic by a BIPOC Author: Invisible Man by Ralph Ellison. Or something by Zora Neale Hurston.
6. Classic by a New-to-Me Author:  I've hardly read any Victorians this year so I'd like to read one for this category. I still have The Clever Woman of the Family by Charlotte Mary Yonge and Marcella by Mrs. Humphrey Ward -- are they obscure because they're terrible or are they forgotten gems?  I could also try again to read The Real Charlotte which I plan to read for the European Reading Challenge
7. New Classic by a Favorite Author: The Bright Side of Life by Emile Zola. I'll probably read Zola in April for Fanda's Zoladdiction challenge, or for Paris in July -- maybe both! I still have about five unread novels in the Rougon-Macquart series and the final novel Doctor Pascal has finally been reprinted in a new translation.
8. Animal Classic: Either Green Dolphin Street by Elizabeth Goudge or A Pelican at Blandings by P. G. Wodehouse. I bought a bunch of P. G. Wodehouse years ago when Borders went out of business, and I still have two left unread.
9. Children's Classic: Kilmeny of the Orchard by L. M. Montgomery. I bought a lovely early edition last summer during my trip to Second Story Books.
10. Classic Humor or Satire: Something by P. G. Wodehouse. His books always make me laugh, and lately I've been reading my way through the Blandings Castle series. I could read Galahad at Blandings for this category and Penguin at Blandings for the Animal classic.
11. Travel or Adventure Classic: The Caravaners by Elizabeth von Arnim. I think this is the fifth time I've put it on a reading challenge list!
12. Classic Play: She Stoops to Conquer by Oliver Goldsmith. It was on the schedule for one of the DC theaters in 2020 but has been postponed until whenever -- hopefully it'll be rescheduled when the theaters finally reopen! Or I might try to read some Shakespeare, I haven't read any since college.
So -- ten from my own shelves, which is a good ratio, and more than half are by women. I'm really looking forward to a new list in the New Year!
What do you think, bloggers? Have you read any of the books or authors from this list? Which should I read first -- or avoid altogether?
Posted by Karen K. at 1:46 PM

Labels: Back to the Classics challenge, lists