The Complete Stories of W. Somerset Maugham, Vol. I: East and West

One of my particular goals for the Big Book Summer Challenge is to finally read some of the enormous volumes of short stories in my unread book collection -- I probably have twenty short story collections unread, and at least eight of them are over 500 pages long! I'm hoping to finish at least one per month.

I started with the most daunting volume: a 955 page volume of the short stories of W. Somerset Maugham, one of my favorite writers. I loved Of Human Bondage and The Painted Veil, and his novella Up at the Villa is one my all-time favorites, I probably read it every year. I'm pretty sure I bought this this two-volume set of his Complete Short Stories at Friends of the Library book sale, and I probably paid one dollar for each (they're 1953 reprints and I think you can find them online for under $5.) Despite the length of the book, it was easy to finish in less than a month -- my goal was one short story a day. There are 30 stories in this volume, and they're all fairly long, about 30 pages each.

Maugham often starts his stories with a character (often himself, in the first person) meeting people and having stories told to them, as a sort of narrative framing device. It works very well in the South Sea stories, since they're often told by colonials who seem desperate for someone new to talk to. There was also a story called "The Book-Bag" which is rather dark, but has a wonderful introduction by the anonymous narrator describing his love of reading and obsessive need to travel with an enormous bag full of books, which delighted me. It's rather long but here's an excerpt:

Some people read for instruction, which is praiseworthy, and some for pleasure, which is innocent, but not a few read from habit, and I suppose that this is neither innocent nor praiseworthy. Of that lamentable company am I. Conversation after a time bores me, games tire me and my own thoughts, which we are told are the unfailing resource of a sensible man, have a tendency to run dry. Then I fly to my book as the opium smoker to his pipe. I would sooner read the catalogue of the Army and Navy Stores or Bradshaw's Guide than nothing at all, and indeed I have spent many delightful hours over both these works.


Some the stories in this volume are among Maugham's most famous, including "The Letter," about a plantation owner's wife who shoots a family friend and is on trial for murder. It was adapted into a stage play and then into a film starring Bette Davis in 1940. I particularly loved "Jane," about a plain woman who becomes the toast of British society, much to the chagrin of her fashionable sister-in-law; and "The Creative Impulse" about a pretentious woman writer and her celebrated salons. A lot of his stories have wonderful twist endings that were normally unexpected. 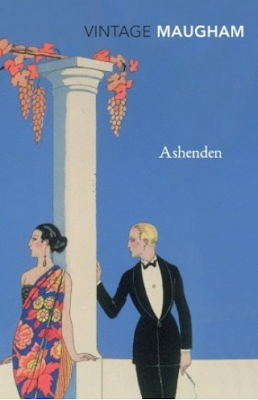 It also includes most of the Ashenden stories, also available in a separate volume (which I also own). Ashenden is a British spy, loosely based on Maugham's own work for the British government as an intelligence agent during World War I. (He spoke French and German fluently, and his job as a writer made an excellent cover for him). I enjoyed these stories but they're not exactly cloak-and-dagger, James Bond stuff. Like Maugham himself, Ashenden's job is to make contact with local field agents and pass information back to the home office, often encoded (Maugham was based in Geneva and used to encode messages in his manuscripts). Fun fact: intelligence agents nearly always get local people to spy and sell them information, they don't take on new identities and use Deep Cover -- that's strictly movie fodder. Not what I was expecting, but I enjoyed them nonetheless, so I took a brief detour and ended up reading all the other stories in my copy of Ashenden, so that was one more book crossed off my list. 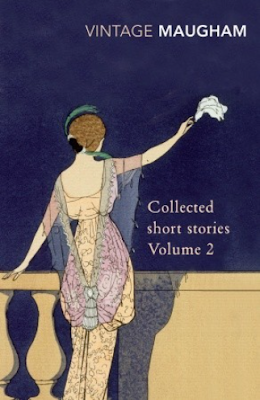 This volume is subtitled East and West and they're drawn from Maugham's travels, many of them in the South Seas. They were written between 1919 and 1931, during the British colonial period, and many of them are set in British colonies and islands, including Malaysia, Singapore, Samoa, and Hawaii, though of course nearly all the characters are white British people. I mostly enjoyed reading the South Sea stories but nearly every one of them had some uncomfortable racist elements -- the natives are described as heathens, there are racial epithets, and most of them don't even have names (house servants are frequently just addressed as "boy." Some of the male characters have native wives and children who are just tossed aside like yesterday's newspaper. There's also some misogyny, and some anti-Semitism in the Western stories set in Europe. There's one story called "The Alien Corn" which is particularly anti-Semitic; another "The Vessel of Wrath" has some misogyny which left me aghast.

It's really hard to read the racism and sexism in classic books -- I love classics, but where do you draw the line? Should you stop reading a favorite author because of attitudes which were considered acceptable at the time in which they were written? How do you reconcile loving an author's work if it has racist elements? I really love books written in the first half of the 20th century, but the racism makes me really uncomfortable and some authors are so sexist I can hardly read them any more. I suppose that's why I've been focusing more on women authors.

I still own the second volume of Maugham's stories, The World Over. It's a much shorter volume, only 681 pages, but those stories are much shorter and there are a lot more of them. I'll probably read the rest of them this summer but I think I'm going to tackle another (woman) author's short stories first.
Posted by Karen K. at 10:00 AM