Roughing It by Mark Twain: Tall Tales (and Some Racism) in the American West 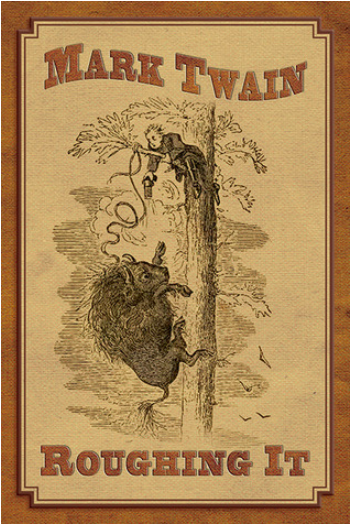 Published in 1872, Roughing It is a semi-fictional account of Mark Twain's travels and misadventures in the American west during the 1860s. The story begins with Twain eagerly accompanying his brother Orion to the Nevada Territory, where Orion has been appointed Secretary. After an extensive stagecoach journey, he spends time in Nevada before visiting Salt Lake City, then failing as a miner in California. Twain begins to support himself by taking various writing and newspaper jobs, which eventually take him to Hawaii.
This book is full of wry humor and amusing descriptions of life in the Wild West, including some tall tales and colorful characters. However, it's sprinkled throughout with a lot of racist comments -- Twain is particularly unpleasant about native Americans and Hawaiians, though he includes pretty much every non-white group in American at the time. I realize this was the prevailing attitude of the times, but honestly, there were some serious yikes moments for me. It was very disconcerting because there would be amusing chapters about ridiculous characters and situations  -- and some not so ridiculous, but downright scary, like the time Twain and his companions set off a massive forest fire. In another instance, Twain and his companions were trapped on a tiny island in the middle of an alkali lake after their boat drifted off. A storm was brewing and they narrowly escaped perishing (if the story is to be believed). 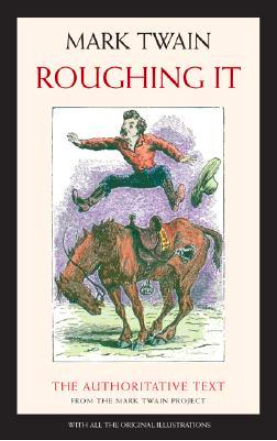 This was a slow book, and I listened to most of it on an audio download from my library. There are several editions available. Mine was read by Robin Field who is an excellent narrator, and I probably would have given up on the book much earlier if I had just been reading the print copy.
Honestly, the only reason I read this book was because I'd bought a copy years ago and it was on my pile for the Big Book Summer Challenge, and also on my Classics Club list. If it hadn't been available on audio I probably wouldn't have stuck with it. Twain is good at spinning out an entertaining yarn, and if you like a dry and occasionally ridiculous style of humor, it's mildly amusing if you can skip over the racism. I also have a copy of Twain's Letters From Hawaii that I bought in Waikiki about ten years ago. It's much shorter and I may give it a go in a few months just to get it off the shelves and donate it to the Little Free Library on my street.
Posted by Karen K. at 3:19 PM