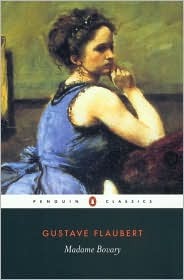 A few months ago, when I was reading Summer by Edith Wharton, I started comparing it to two of my other favorite Wharton novels, House of Mirth and Ethan Frome.  Both of those novels have characters that I liked, despite their flaws, and I loved both of those books despite the fact that I knew they wouldn't end well.  Both Ethan and House of Mirth's Lily Bart are on downward spirals -- Lily in particular is a real train wreck who makes one bad decision after another; yet, I couldn't stop reading the book.

I've noticed a lot of my favorite classics have characters like these, which I like to call fascinating train wrecks.  These characters are sometimes unappealing or unlikeable, but somehow, the authors elevate them and their stories in such a way that I have to keep reading.  I've begun to compile a list of my favorites, below. (WARNING! Spoiler alert -- if you haven't read some or any of these books, you may want to skip this posting).

1.  Lily Bart in House of Mirth by Edith Wharton.  The entire novel is one downward spiral of Lily's bad decisions, one after another.  Well, at least she doesn't drag anyone down with her, like so many other characters.

2.  Ethan Frome -- eponymous novel by Edith Wharton.  It's a Wharton novel, so it ends up badly.  However, Ethan really does try to do the right thing.

3.  Madame Bovary, courtesy of Gustave Flaubert.  Wow, she is just trouble.  Like Lily Bart, she makes one bad decision after another.  The trouble with Emma Bovary is that she ruins so many other lives in the process.  A wretched, unlikeable character, yet I found the story fascinating.

4.  Richard Carston in Bleak House.   He is so naive and doggedly determined to get his hands on the Jarndyce fortune, despite the fact that generations of potential heirs have lived and died without seeing a single penny.  He just will not give up! 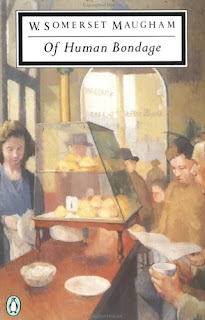 5.  Kitty in The Painted Veil by W. Somerset Maugham.  She has an affair with a callous diplomat while her husband is posted in Hong Kong.  To punish her, said husband, a doctor specializing in infectious diseases, decides to pack up and take her to a cholera-ridden region of China, where it's likely they will both die.

6. Philip Carey in Of Human Bondage, also by W. Somerset Maugham.  an orphaned boy, born with a clubfoot, marries a woman who makes his life a living hell.  Oh, and it's 600 pages long --  sounds promising, right?  It's wonderful.  I was blown away.   And it's one of the first classics I read for pleasure, and probably one of the first that made me realize that classics don't suck.

7.  Paul Morel in Sons and Lovers by D. H. Lawrence. Not an orphan (hence, the title), but this guy's mother makes his life hell.   I was sure I'd hate it, but it was also surprisingly fascinating.


8.  Rosamund Vincy in Middlemarch by George Eliot -- a supporting character train wreck, but her bad decisions are interesting and help flesh out the fascinating cast of characters.  Another doorstop of a Victorian novel, this was the only book I read for an entire month.  Absolutely worth it. 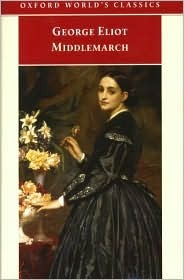 9.  The Joads in The Grapes of Wrath by John Steinbeck.  An entire train wreck family!  I had such fear of Steinbeck, but I loved Travels With Charley so I gave it a shot.  I was so pleasantly surprised at how compelling the story was.

10.  Bigger Thomas in Native Son by Richard Wright. Well, Bigger isn't on a downward spiral, since he pretty much starts at the bottom, an uneducated petty criminal in 1930s Chicago.  As a black man in that era, he can't get much lower, but it is surprising how quickly his life gets worse.  It's an absorbing read, but it's so awful I just wanted to take a shower after reading this.  I'm glad I read it but I really can't say I liked it.

1.  Anna in Tolstoy's Anna Karenina -- couldn't wait for her final train trip!  It just went on and on. . . and she was such a crappy mother.  An offensive trainwreck, literally.

2.  Ernest in The Way of All Flesh by Samuel Butler.  A Victorian smear on the hypocrisy of the church.  It went on for waaaaay too long and he was such a doormat that I didn't feel sorry for him in the least, despite his horrible parents and train wreck of a marriage.  However, it was one of my first Victorians so maybe if I read it again I'd appreciate it more.

3.  Tess Durbeyfield in Hardy's Tess of the D'Urbervilles.  Many people love this book.  I felt sorry for Tess but the story dragged on for so long that I lost patience, and by the end I just didn't care.  I think Hardy just stretched out too many scenes about hay making, or milking, or digging up turnips or something.  Maybe pastoral fiction is just not for me.

4.  Clyde Griffiths in An American Tragedy -- to be fair, this book started out really well, with a social climber on a downward spiral.  However, the last third of the book went on and on and on. . . and that pretty much killed it for me.  I found it tragically long, wish Dreiser had had a better editor.

5.  Cathy in Wuthering Heights by Emily Bronte.  Wow, she was a whiner -- I just wanted to smack her upside the head.  And her relationship with Heathcliff was so dysfunctional -- they really deserved each other.  I know many people love this book, but I just can't see the appeal.  Nowhere near as good as Jane Eyre (and I do realize that was written by her sister Charlotte, but I still think of them together).

So -- I'm sure there are some that I've missed.  Any more fascinating train wrecks I can add to my list?  I'd love to hear about some others.
Posted by Karen K. at 3:10 PM