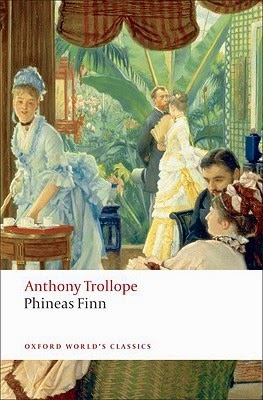 "I never knew a government yet that wanted to do anything. Give a government a real strong majority, as the Tories used to have half a century since, and as a matter of course it will do nothing. Why should it? Doing things, as you call it, is only bidding for power,—for patronage and pay."

Phineas Finn is the second of Trollope's Palliser novels. After reading his six Chronicles of Barset, I had put off reading the Pallisers since I was afraid of getting drawn into another series -- it's six more novels, and most of them are more than 700 pages long! But I finally took the plunge last year and read the first in the series, Can You Forgive Her?

Set around 1865, Phineas Finn is the story of a young Irishman who moves to London to study law but gets drawn into British politics. Due to a series of chance circumstances, he's asked to stand for Parliament (or as we Yanks would say, "run for Parliament") for his home district. So, at a young age, with virtually no political experience except a love for debate, Phineas becomes a junior member of Parliament.

Much of the novel is devoted to Phineas as he climbs up the ladder as a career politician, having turned his back on the law, and the concurrent wrangling over the Reform Bills going through Parliament. During this time, only a small percentage of the British population were allowed to vote -about one of every seven males. There's a lot of political wrangling and references that I must confess I kind of skimmed over.

And then there's Phineas' love life. Even though there's a sweet girl back home who loves him, Phineas is attracted to the beautiful Lady Laura Standish; her friend, the orphaned heiress Violet Effingham (who has an on-again/off-again relationship with Laura's brother, Lord Chiltern); and the mysterious widow, Madame Max Goesler. 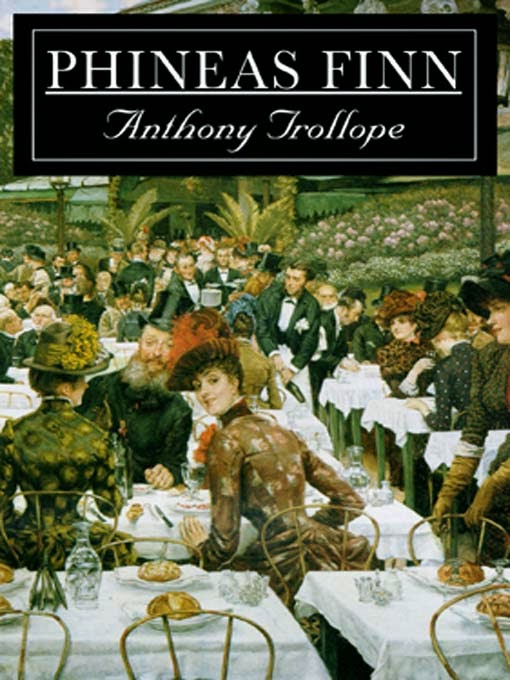 This book had way more politics than in any of the other Trollope novels I'd read before, and I'm sure I would have gotten more out of it if I knew more of the history.  I definitely enjoyed more of the domestic side of the novel than the political side. However, the characters really drew me in and I kept rooting for Phineas, both in his career and his love life.  And it's really quite witty.  Here's a conversation between Violet Effingham (who has a lot of suitors, since she is an heiress) and her best friend Lady Laura:


"I hate a stupid man who can't talk to me, and I hate a clever man who talks me down. I don't like a man who is too lazy to make any effort to shine; but I particularly dislike the man who is always striving for effect. I abominate a humble man, but yet I love to perceive that a man acknowledges the superiority of my sex, and youth, and all that kind of thing."
"You want to be flattered without plain flattery."
"Of course I do. A man who would tell me that I am pretty, unless he is over seventy, ought to be kicked out of the room. But a man who can't show me that he thinks me so without saying a word about it, is a lout. Now in all those matters, your friend, Mr. Finn, seems to know what he is about. In other words, he makes himself pleasant, and, therefore, one is glad to see him."
"I suppose you do not mean to fall in love with him?"
"Not that I know of, my dear. But when I do, I'll be sure to give you notice."

Phineas Finn is only loosely connected to the characters in Can You Forgive Her?, but there are appearances by some of the characters, including Plantaganet Palliser; his wife, Lady Glencora; and the Duke of Omnium.  I suppose one could theoretically read them out of order, but I think it makes more sense to start at the beginning.  I've since started The Eustace Diamonds which is one of Trollope's most popular novels (and it's on my Classics Club list, huzzah!)

I'm counting this as my 19th Century Classic for the Back to the Classics Challenge.
Posted by Karen K. at 9:23 AM