I was inspired by Amanda at The Zen Leaf, who posted today about her favorite lines from books.  I realized that many of the lines I remember most are first lines, so that's what I'm listing.  Many of them are famous, a few not so famous.  And I couldn't limit myself to just ten, so here they are, in no particular order: 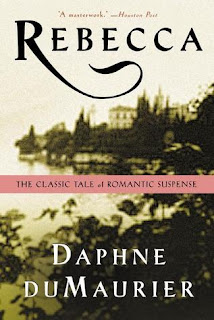 1. "It is a truth universally acknowledged, that a single man in possession of good fortune must be in want of a wife."  -- Jane Austen, Pride and Prejudice.

I can't say anything about Jane Austen that hasn't already been said, and probably better than I could say it.  Probably my favorite book in the whole world, a great first line.

2.  "Last night I dreamt I was at Manderlay again."  -- Daphne du Maurier, Rebecca

Rebecca, the best gothic novel ever.   Not only does it have a great plot, and memorable setting, and scary villain, it's beautifully written.  The movie and television adaptations are great, but if you don't read the book you're really missing out.

3.  "Mr. and Mrs. Dursley of number four, Privet Drive, were proud to say that they were perfectly normal, thank you very much."  -- J. K. Rowling, Harry Potter and the Sorceror's Stone

In just a few words, J. K. Rowling sucked me into the memorable world of Harry Potter, and I've been a fan (sometimes to the point of obsession) for almost eleven years.  I'm counting the days until I get to visit The Wizarding World of Harry Potter (only 97 left!)

4. "I write this sitting in the kitchen sink." -- Dodie Smith, I Capture the Castle 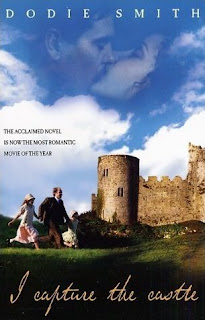 Immediately, we learn that our narrator is a writer, or diarist, and that she's quirky.  Intriguing!  Cassandra Mortmain lives up to the intro in this charming book (one of J. K. Rowling's favorites, by the way).

What happened to Jem, and how is this important to the story?  One of the classics of American literature.  If, like me, you read it in high school and didn't see the big deal about it, read it again.  It means so much more to me now as an adult.  I can't wait for my daughter to read it next year.

6. "Scarlett O'Hara was not beautiful, but men seldom realized it when caught by her charm as the Tarleton twins were." -- Margaret Mitchell, Gone with the Wind

I don't think I'd like to be friends with Scarlett, but I'll always admire her spunk and determination.  It's probably not PC to love this novel, but it will always be one of my favorites.

One of my favorite lines from contemporary literature.  Every summer?  Do they get remarried every year -- what is going on here?  A great book about modern China, and a heartbreaking story. 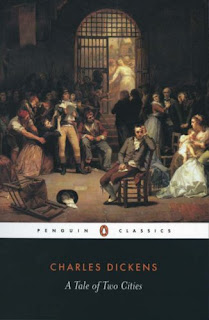 Bleak House is still my favorite Dickens so far, but I don't think Dickens ever wrote a better opening line.  A Tale of Two Cities also includes what is probably the best last line in a book: "It is a far, far better thing that I do, than I have ever done; it is a far far better rest that I go to than I have ever know."

9.  "There was a boy called Eustace Clarence Scrubb, and he almost deserved it." -- C. S. Lewis, The Voyage of the Dawn Treader


Who is Eustace, and what has he done to deserve it? And what is he doing on the Dawn Treader? Eustace is one of Lewis' most memorable characters in the Narnia series. The Horse and His Boy will always be my favorite in the series, but Dawn Treader comes pretty close. I'm looking forward to the movie adaptation. 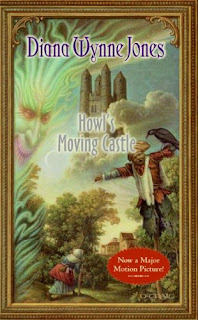 10. "In the land of Ingary, where such things ase seven-league boots and cloaks of invisibility still exist, it is quite a misfortune to be born the eldest of three." -- Diana Wynne Jones, Howl's Moving Castle

I know I keep harping on it, but Diana Wynne Jones is sadly underrated in this country.  She's written more than 30 books of children's fantasy, and I've loved nearly every one I've read so far (13 and counting).  Everyone mourning the end of the Harry Potter series needs to read her books.

11.  "I had the story, bit by bit, from various people, and, as generally happens in such cases, each time it was a different story." -- Edith Wharton, Ethan Frome.

One of the most beautiful, heartbreaking stories I've ever read. Ethan is so tragic, but I still find the story wonderful and fascinating. Another novel that I think is best appreciated as an adult. 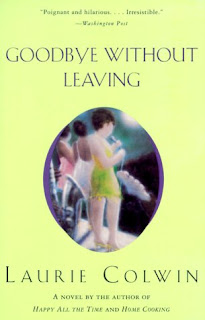 12.  "During my career as a backup singer with the with Vernon and Ruby Shakely and the Shakettes, it often occurred to me that this was not a lifetime occupation and that someday I would have to figure out my rightful place in society." -- Laurie Colwin, Goodbye Without Leaving

I loved Laurie Colwin's food columns when she wrote for Gourmet, but her prose is just beautiful.  I realized after reading her short stories that I would never write anything as good, and I should just give up trying. I've read all her books and wish there were more, but sadly, Colwin died suddenly in 1992 at the age of 48.  She's best known for two collections of food essays, Home Cooking and More Home Cooking.