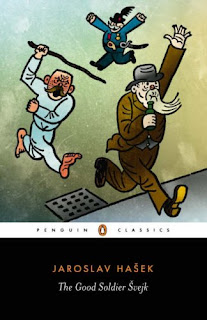 By the end of the month I will have completed two very fat books from my TBR shelf: Charlotte Bronte's Villette and The Three Musketeers by Alexandre Dumas (by far the largest book on the shelf  because it's a hardcover).  But I am still left with a whole bunch of chunksters -- more than 20 books that are 500 pages or more.  I know these are probably all amazing, but after reading two BFBs (Big Fat Books) simultaneously, it might be time to take a little break before tackling another.

Here are some of the BFBs that await me (page numbers indicate those in my particular editions):

The classics.  These comprise most of the unread pages, not surprisingly.  Of course they're actually shorter than they appear since many of them have endnotes.  Still big and fat and a little scary, though.

East of Eden by John Steinbeck.  One of the books selected by Amanda for our reading swap.  I have been meaning to read this since I zipped through The Grapes of Wrath a few years ago.  Despite the length, it shouldn't be a terribly long read.

The Good Soldier Svejk by Jaroslav Hacek.  This was the selection for one of my online groups which sounded really interesting -- a satire about WWI, written from a European perspective.  It sounds like a Czech version of Catch-22.  Includes lots of funny little cartoons.  The book group seemed to like it but of course I didn't read a single page. (784 pp.)

Lark Rise to Candleford by Flora Thompson.  Technically, it's an omnibus of three books in one, but this is a big, fat edition.  Bought after reading all about the beloved series, which I still haven't seen -- it's never aired here on PBS and I thought I should read the book first.  (537 pp.) 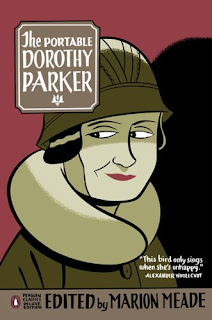 Moby-Dick by Herman Melville.  One of the freebies I won in the Penguin contest.  People either love it or hate it.  I hope to give it a try later this year in an online readalong. (652 pp.)


The Portable Dorothy Parker by Dorothy Parker:  Another gift from the nice people at Penguin Classics, and one of those I was most excited about receiving.  I've never read her but I've heard she's hilariously witty. "This wasn't just plain terrible, this was fancy terrible.  This was terrible with raisins in it." This collection includes stories, essays, and letters, so it's probably a good thing to read a little at a time.  But there's still 640 pages of it.

Orley Farm by Anthony Trollope.  And Phineas Finn, Can You Forgive Her, He Knew He Was Right, The Eustace Diamonds. . . . Okay, don't even get me started on Trollope.  I bought a whole bunch of his works after I read The Way We Live Now, and more after one of my online groups decided to read the entire Pallisers series. (There are six, all more than 500 pages.  Some are closer to 800!  I have yet to finish a single one).  Plus I've started the Barchester Chronicles (only four volumes left) and I have several of the stand-alone books as well.  There's probably close to 5000 pages of unread Trollope on my TBR bookshelf this minute.  Trollope wrote 47 novels, and I'd like to read as many as possible, so I'd better get started.
Miss Marjoribanks by Margaret Oliphant.  Bought during my obsession with Victorian literature.  She is described as something of a transition between Jane Austen and George Eliot, which intrigues me. (512 pp.)
Our Mutual Friend by Charles Dickens. (880 pp.)  One of about five more works by Dickens that are sitting on the shelf unread -- I also own The Old Curiosity Shop, Sketches by Boz, and Pictures from Italy.  And did I mention I just bought Martin Chuzzlewit last week?  Eight hundred pages of teeny tiny print, what was I thinking?
South Riding by Winifred Holtby.  This will probably be my next Big Fat Book -- I won this in a giveaway during Virago Reading Week and I am really looking forward to the BBC adaptation which airs in the U.S. in May.  I'll need no convincing to read this book. (502 pp.)
Contemporary books.  Mercifully, these tend to be faster reading than the Victorians and other classic chunksters.  They're still taking up a lot of space, though.
The Power of One by Bryce Courtenay.  A coming of age story set in South Africa just after WWII. I know it has something to do with boxing, of which I have no interest whatsoever, but I've heard this is just fantastic. (528 pp.)
The Children's Book by A.S. Byatt.  I found this hardcover for $2 at the library book sale.  I liked Possession, so I couldn't resist at that price.  And the cover is really pretty. (675 pp.) 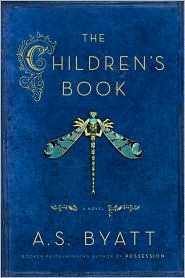 The Crimson Petal and the White by Michael Faber.  A neo-Victorian, also bought at the library sale.  This one's a paperback so it was only $1.
Nonfiction.  These are actually less pages of text because of references, indexes, etc.  They're still darn long.
Wild Swans: Three Daughters of China by Jung Chang. Another library sale find.  I've heard it's great but it sounds kind of depressing.  It has pictures though. (544).
John Adams by David McCullough.  Everyone says this is just great, but it's 751 pages of early American history and politics.  Was this a bad purchase?  I paid $1 at the library sale.
The Sisters: The Saga of the Mitford Family by Mary Lovell. Purchased after I read and loved The Pursuit of Love and  Love in a Cold Climate.  I have since bought more books by the Mitfords.  I haven't read those either. (640 pp.)
Few Eggs and No Oranges by Vere Hodgson.  Naturally, there is at least one Persephone on the list.  This diary of life in wartime England sounds fascinating, but I am put off by the length, I admit it. (640 pp.)
Does anyone else tend to put off the big fat books in favor of the shorter ones?  Which of these have you read and loved, and which should be sent directly to the library as donations?  Any input would be greatly appreciated.  I'll probably take a break and read some novellas soon -- Readathon is coming up in just a couple of weeks and I have a whole stack of those too.
Posted by Karen K. at 11:31 AM